2 December 2022 • by Patrick Reinmoeller in Videos

Leaders can harness their attention, motivation, capabilities and capacity to link strategy with culture, and reap benefits for every stakeholder.

In many companies, strategy and culture are treated as separate issues, but thinking of them as irreconcilable is misguided, and it often leads to shareholder disappointment. If company leaders get culture right from the start, they will have better strategies and they will execute them more successfully. When culture enables strategy, it becomes a competitive advantage.

In a recent LTT webinar Patrick Reinmoeller, Professor of Strategy and Innovation, outlined how leaders can harness their attention, motivation, capabilities and capacity to align strategy with culture, and reap benefits for every stakeholder. He also highlighted how companies which failed to do that have suffered.

He drew on examples from the real business world — starting with Twitter. The social media company’s strategy under new owner Elon Musk may look solid, but Reinmoeller questioned whether the culture being instilled by the billionaire would enable the realization of the strategy.

That strategy has been leaked, showing that Musk intends to quintuple revenue to $26.4 billion by 2028, as well as reduce Twitter’s reliance on advertising to under 50% of revenue. The world’s richest man also wants to reach 931 million users by 2028, with part of the growth coming from a new “Twitter Blue” subscription service.

Further, Musk intends to produce $15 million in revenue from a new payments business. That would move Twitter towards becoming a “super-app” in the mold of China’s WeChat, a ubiquitous application for messaging, payments, e-commerce and more.

Yet Reinmoeller questioned the culture emerging under the new owner, who quickly fired more than half of Twitter’s 7,500-strong workforce and saw hundreds more voluntarily quit rather than committing to an “extremely hardcore” working culture. Indeed, the professor noted problems emerging at the company, such as the postponement of the relaunch of the subscription service after it was withdrawn because users abused the system and impersonated high-profile brands and individuals.

There are also concerns among brands about whether Twitter is a safe place to advertise, Reinmoeller said, given Musk’s past pledges to relax content moderation rules. “So, we see strategy and culture misalign and even great innovators and entrepreneurs like Elon Musk can get it wrong,” he said, adding that “having a war with talent doesn’t really make sense” and “if all those companies say our value comes from our people, then he let go of $22 billion in value” when he cut half the $44 billion firm’s workforce.

Reinmoeller also pointed out that culture and strategy must work for all stakeholders, drawing on the example of General Electric, the US conglomerate that was previously headed by the storied chief executive Jack Welch. He was renowned for a hard-changing culture, having put in place a firing policy whereby the bottom 10% of the performers were culled every year. The strategy appeared to work, as the company consistently beat earnings estimates.

However, critics have argued that this had wider consequences for society because it destabilized the US middle class and inspired generations of leaders who have emulated his practices at other companies. “We find alignment between strategy and culture in organizations that generate wealth and prosperity for all, but also companies that generate wealth and prosperity for the few,” said Reinmoeller.

In some instances, the professor said that it was necessary to break-up an organization in order to align strategy and culture. He pointed to EY, the professional services firm that is attempting to separate its audit and consulting businesses in a radical shake-up.

“If they split auditing and consulting, it is going to be easier to align strategy with the culture,” Reinmoeller explained. “They have auditors who focus on accuracy and compliance, and consultants who can imagine great solutions. This suggests that a separation is needed in order to have strategies that can be implemented well.”

Though, he noted that the legendary investor Warren Buffett’s Berkshire Hathaway conglomerate had demolished the conventional wisdom on synergies. “You only need to start thinking about a cohesive culture when you want to generate those synergies,” Reinmoeller pointed out.

That said, he added that a bad culture can ruin even the best corporate strategies; they are inseparable. The professor drew on a fresh case study to illustrate his point: Sam Bankman-Fried, whose $32 billion cryptocurrency empire collapsed in specular fashion recently. Reinmoeller noted that Bankman-Fried’s investors were wowed by the cult of the star entrepreneur, and missed failures of corporate governance at Bankman-Fried’s now-bankrupt crypto exchange FTX.

It has been said that when he was advised to form a board, Bankman-Fried’s response was: “Go f**k yourself.”

“Culture can take people for a ride,” Reinmoeller commented. “Buying into a specific culture that exemplifies the entrepreneur – rugged, tough, bold, direct-speaking, offensive – is sometimes appreciated. And being [captivated] by such a culture can lead to very unfortunate investment decisions.”

Reinmoeller went on to say that aligning strategy with culture requires paying attention to how both are evolving, as well as the buy-in of every stakeholder. Development of leadership capabilities and capacity at the top of the organization to deal with the contradictions and complexity is critical, too, as it filters down through the workforce. He said that, as stewards of their organizations, leaders are responsible for culture which he defined as: “What is done when you, the boss, is not there.” 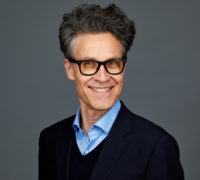 Don’t be a mixed-up chameleon! How to prioritize your ESG issues

Making materiality the cornerstone of your sustainability strategy will help you to prioritize ESG issues to ensure they drive a business strategy that benefits both your organization and society...

The pressure of digital transformation and geopolitical tensions are making organizations more vulnerable to cyberattacks. In this webinar, Professor Öykü Isik explained how companies can anticipate threats and execute best practices....

How to stay profitable in an age of sustainability

It often feels like there is a conflict between delivering profits, securing your organization’s financial interests, and achieving sustainability goals. However, it is possible to balance people, profit, and planet while ensuring...