Does tech and the silver tsunami spell the end of the business dynasty?

It’s too early to tell which of the current wave of successful enterprises will turn out to be built to last, but the creation of family-led giants in the mold of Tata or Ford seems unlikely in an ICT-driven business landscape.

Around the world, “business” is almost synonymous with “family business”. The Tata family’s commercial empire in India has lasted generations and spans industries from cotton and steel to IT consulting and solar grids, and Tata family members are still active in managing the enterprise. My favorite local restaurant in Menlo Park, California, is also a family business, with a daughter waiting tables, a son in the kitchen, and a dad at the cash register taking phone-in orders.

This is an increasingly salient issue. Most small businesses in the US are owned by baby boomers who are at or beyond retirement age, and most owners have no succession plan in place. We are in the midst of a so-called “silver tsunami” of business transition. These companies are more likely to end up in the hands of private equity or corporate buyers (or, optimistically, their own employees) than to be handed off to heirs. Moreover, many tech-infused businesses today simply do not lend themselves to family succession. Perhaps the era of the business dynasty is at its twilight. Or perhaps it requires very specialized circumstances to maintain it.

Where do business dynasties come from? Investopedia’s list of the 10 wealthiest families in the world includes some familiar names, and almost all are associated with a well-known multi-generational business: Walton (retail), Mars (candy and petfood), Koch (oil service), Hermes (luxury), Al Saud (oil), Ambani (oil), Wertheimer (fashion), Johnson (financial services), Thomson (media), and Boehringer (chemicals). Most are privately held, and most involve tangible businesses with tangible assets: stores, oil, chemicals, candy, clothing. In several cases second- and third-generation family members are still actively engaged in the management of the business. These are dynasties.

“How likely is it that Elon Musk’s grandchildren will be holding down management jobs at Tesla, SpaceX and Twitter?”

This comparison provides some clues for creating a dynasty. First, keep the ownership private (or, in the case of the Waltons, hang on to a commanding ownership position; the family still owns roughly half of Walmart’s shares). The biggest recent fortunes (Musk, Bezos, Gates, Page, and Brin) are based in stock ownership: a ballooning market capitalization bestows instant wealth on the founders who take their company public. But it is rare for a business to go public and stay in family hands, at least in the US.

There are exceptions. Some families use devices such as dual-class voting shares to balance the benefits of going public with maintaining family control. When Ford Motor Company finally went public in 1956, led by the grandson of the founder, it created a special class of shares with 40% of the voting rights to be controlled by the Ford family in perpetuity. A Ford family member still serves as board chair to this day. But this kind of structure is uncommon in the US and rarely lasts for generations.

And there are families that have stayed wealthy for generations on the basis of public corporations. The Rockefeller family fortune was built on Standard Oil, which spawned Exxon, Chevron, Marathon, BP, and other public companies. But later generation Rockefellers were more famous for politics and banking than oil — and the current generation of Rockefeller heirs has turned decisively against oil, as the family very publicly liquidated its fossil fuel holdings. The Rockefeller Foundation followed suit a few years later.

Contrast this with Germany, where small- and medium-sized private companies make up the prized Mittelstand. This vast sector is described as the backbone of the German economy, employing 57% of the country’s workforce. Such enterprises typically stay in family hands for generations, creating a stable infrastructure for industries such as automobiles, machinery, and chemicals. Meanwhile, public corporations are the anomaly in Germany: according to the World Bank, Germany has a mere 438 public corporations. (Even Volkswagen, Germany’s largest public corporation, is ultimately controlled by descendants of Ferdinand Porsche, who designed the first Volkswagen.) Switzerland and Austria have similar systems. Switzerland has 236 public corporations; Austria, just 68. 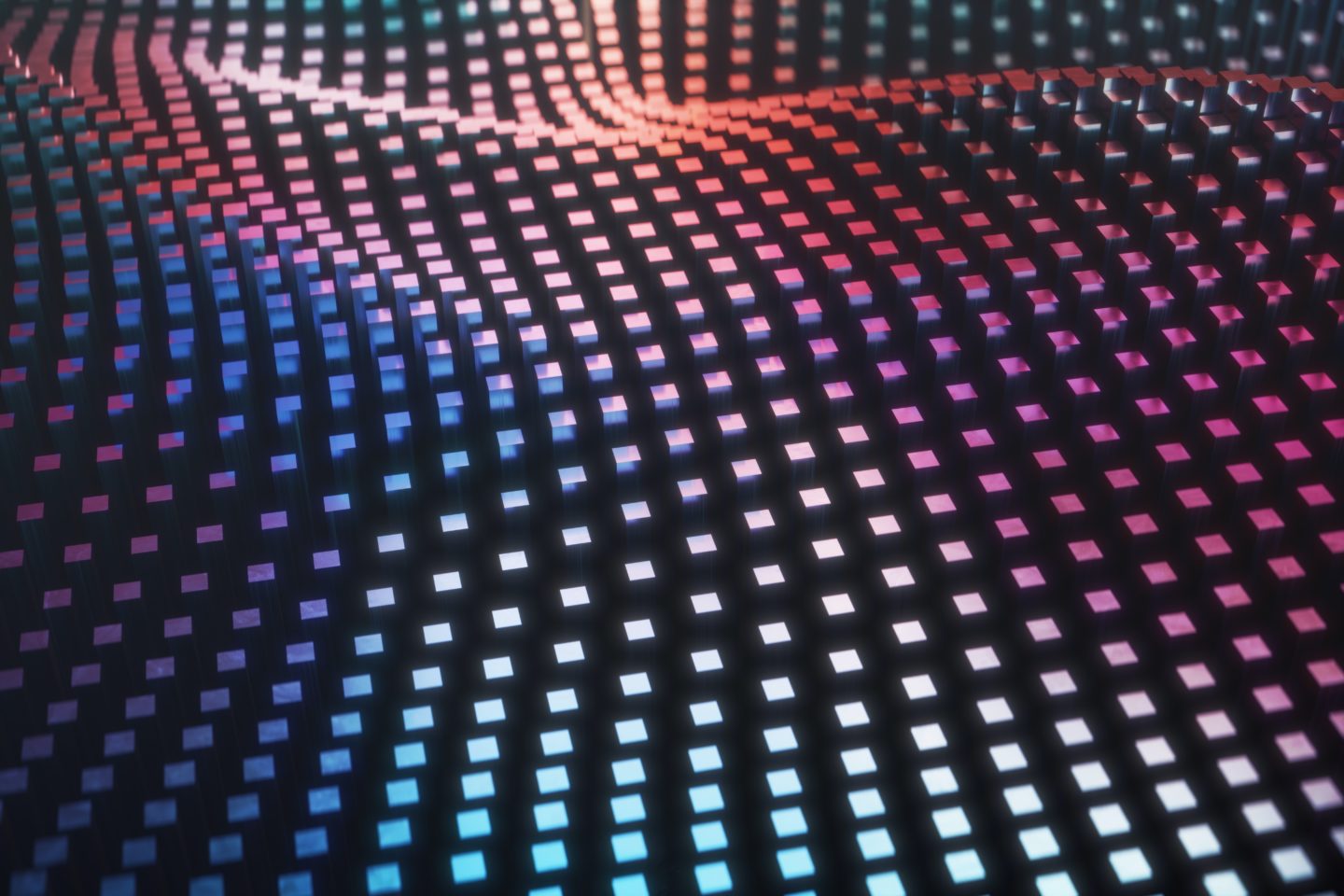 “Think of the digital revolution in business as institutional climate change. The traditional business terroir is in flux, and new invasive species are rising and falling rapidly”

America’s financial market-centered economy and Germany’s family-friendly business climate might be described in terms of their “institutional terroir”. Just as the soil and climate of Cote D’Ivoire are much more amenable to growing cacao than those of Canada, the institutional terroir of Germany is more conducive to maintaining family business dynasties than the US. German founders seek a legacy; American founders aim for an exit strategy.

So, is the era of family business dynasties coming to an end?

In previous columns I have argued that information and communication technologies (ICTs) are fundamentally altering access to the building blocks of business. How firms raise capital, recruit and manage labor, engage with suppliers, and distribute to customers are all very different now compared with a generation ago. A prospective founder today can incorporate in e-Estonia, raise capital on a crowdsourcing platform, engage labor by the task via online platforms, rent a supply chain on Alibaba.com, and distribute to customers through Fulfillment by Amazon. Enabled by ICT, the parts of a business are like Lego bricks waiting to be snapped together and scaled up (or not) on demand.

Think of the digital revolution in business as institutional climate change. The traditional business terroir is in flux, and new invasive species are rising and falling rapidly. (Remember when Facebook was valued at $1 trillion, before being replaced by TikTok? Before Zara was replaced by Shein?)

While it’s far too early to tell which species of enterprise will turn out to be built to last, this new world of ICT-based enterprise is not designed for building a family dynasty. The word “legacy” gives a clue. In the world of family business, legacy is a term of honor. In technology, according to the website Techopedia, “a legacy system…refers to outdated computer systems, programming languages or application software” that “are no longer applicable to current contexts or content.”

In an economy in which transactions are mediated by ICTs, almost every business is a software business, susceptible to being a “legacy” business. Diners in restaurants are greeted with QR codes instead of waiters; physician house calls take place over smartphones; babysitters and street performers accept payment via the “digital wallet” Venmo; household staples, medicines, and artisanal neckties arrive at the door from Amazon.

Even the auto industry is not immune to ICT-driven transformation. When Henrik Fisker took his car company that carries his name public in 2020, he had no intention of building a bunch of factories — ‑that was for “legacy” carmakers like Ford and Volkswagen. Instead, he contracted out production to Magna International, with plans for a future model produced by Foxconn. As he told Business Insider: “We don’t want to be a vertically integrated car company. We’re not going to do our own manufacturing. It would be stupid for any EV startup to make a brand-new factory.” Fisker looks more like Nike than Ford.

In a world of pop-up enterprises snapped together like a Lego house, how likely is it that the Fisker clan will become a dynasty? 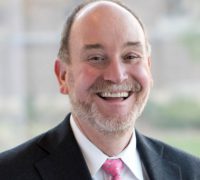 Jerry Davis is the Gilbert and Ruth Whitaker Professor of Business Administration and Professor of Sociology at the University of Michigan’s Ross School of Business. He has published widely in management, sociology, and finance. His latest book is Taming Corporate Power in the 21st Century (Cambridge University Press, 2022), part of Cambridge Elements Series on Reinventing Capitalism. 1 February 2023 • by Kimberly A. Eddleston in Magazine