Are you too optimistic?

There is a whole industry around the power of positive thinking. While it is important to have hope, leaders also need to remain well-grounded.

An entire sector of the self-help industry has grown out of teaching people the power of positive thinking and optimism. And while this is extremely helpful to an individual’s wellbeing, for businesses navigating through times of crisis it can in fact be damaging.

James Stockdale was an American admiral whose plane was shot down on 9 September 1965. He was captured and spent the next eight years in the infamous “Hanoi Hilton”, a brutal prison for captured soldiers. After he was released, he returned to the United States and did speaking tours, Where I had the opportunity to ask him about his survival. He credits his survival with staying hopeful that he would someday be released, but also being extremely pragmatic about his situation on any given day.

According to Stockdale, the soldiers who did not survive were the ones who were extreme optimists. Their problem was they kept their belief and hope alive that they would be released by the next Christmas, or Easter, only to be disappointed. They ended up dying of a broken heart. The ones who survived were able to deal level-headedly with the situation they had on any given day, and that helped carry them through.

Managing a business during a time of crisis requires managing both the short term and the long term. For long-term goals it is necessary to have hope – optimism is a key ingredient in long-term success. But you must also be extremely conscious of the details that surround your situation in the short term. This requires leaders to be pragmatic and level-headed, acknowledging the immediate problems and dealing with them directly. 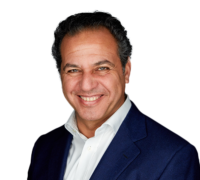