2 December 2022 • by Knut Haanaes in The Interview

The recent COP27 meeting made only limited headway on measures to tackle climate change, but climate action by companies gives more grounds for optimism, and the current challenging economic and geopolitical environment is not going to divert businesses from their net-zero commitments, WBCSD CEO Peter Bakker tells Knut Haanaes.

The results of the COP27 global climate summit in Egypt were decidedly mixed, with progress in some areas but insufficient advances in others, according to Peter Bakker, CEO of the World Business Council for Sustainable Development (WBCSD), which has played a key role in bringing an industry perspective to the sustainability agenda, notably through its input into the UN Sustainable Development Goals and the work of the Task Force on Climate-related Financial Disclosures (TCFD).

“The COP outcome was glass half full, glass half empty. For the first time, there was agreement to establish a loss and damage fund, which will really bring the developing world onto the agenda and make them feel recognized for the damage that climate change will do to some of their countries. And climate conversations between China and the US have now been restarted, which were stopped because of tensions between those countries, so that is also a positive. But the negotiation result on phasing out  fossil fuels is deeply disappointing and not at all aligned with where the world needs to move,” he said in an interview on the key takeaways for executives from the COP meeting.

However, the outcome of the Sharm el-Sheikh meeting is less important than what is happening in the real world, he said: “Climate change will not be solved by the text that is negotiated in these clubs, but by reducing emissions. It is in the real world economy that progress will have to happen. It is important to keep in mind that around 75% of emissions in the world originate from the private sector, so if business does not decarbonize, then the world will not decarbonize fast enough. It is therefore essential that we get companies to set net-zero targets, that companies understand the science and translate it into the speed at which they need to decarbonize.”

And here the signs are much more promising. Business leaders were actively engaged in conversations at COP27 about decarbonization, transition financing and accountability for progress, and more and more organizations are committing to climate action.

“Almost 10,000 of the large companies in the world have now set net-zero targets. The number of companies that are beginning to disclose their transition plans is also growing, and that creates an environment where best practices emerge and where smaller companies consider how to copy these in their own operations and begin to decarbonize as well,” said Bakker, whose organization represents over 200 leading companies with more than 19 million employees and a combined turnover of over $8.5trn.

The financial sector is also becoming increasingly aware of the risks and opportunities of climate change.

The work of the TCFD and the launch of the Glasgow Financial Alliance for Net-Zero (GFANZ) at last year’s COP26 gathering have played a big part in this development, but it gained further momentum at the Egypt meeting.

“That’s where I get a lot of optimism. You see the number of companies that are now embracing the need to transform, and if you begin to see the financial sector understanding the risks and investment opportunities in those transitions, then you can see that the system is going to change,” said Bakker.

Progress is still not fast enough, but there has been a step change from five years ago, when businesses were wondering why climate change was important for them, and three years ago, when they were reflecting on what they needed to do about it, to a focus on concrete measures. “Now it’s about how to decarbonize their factories or supply chain, and how to innovate faster than their competitors to bring solutions to the market,” he explained.

He cited Japan as a particular case of where attitudes have changed. “Until three or four years ago, whenever I went to Japan, I would have tough conversations with the employers’ association, because they didn’t want to hear about decarbonization or carbon pricing. Now Japan has set itself a net-zero target as a country for the first time and every Japanese industrial company is looking to use their R&D investments to create solutions.”

Bakker said next year’s COP28 meeting in Dubai will be an opportunity to ratchet up actions on climate change by both governments and organizations, and while the present economic and geopolitical context is challenging, there is no chance of this derailing the drive to tackle global warming.

“It’s true that there is an incredibly complex world out there, with energy security, inflation and all the other challenges we are facing, and it might mean that the broad sustainability agenda will slow down a bit, but action on climate change is not going to ease off. It’s now really deeply embedded in the strategies, operating plans, and capital expenditure plans of companies. The climate is now such a short-term emergency that it is just not going to go away,” he said.

The automotive sector is a telling example of the shift that has taken place in business attitudes. “Five years ago, if you walked into a boardroom and told them they were going to have to stop building combustion engines in ten years’ time, they would have immediately sent you packing. Now, if you tell them that combustion engines will be over by 2030, everybody would agree that this will probably be the case in most developed markets. And therefore all their R&D dollars are now going into electrification and other solutions,” said Bakker.

Two additional challenges for businesses are how to create solutions to avoid emissions beyond their own value chain and how to protect themselves against the impact of climate change.

While companies’ primary focus is on cutting greenhouse gas emissions within their own value chain, they are also being asked to give further impetus to decarbonization by designing solutions that help reduce emissions that occur outside of a product’s life cycle or value chain, but which are a result of the use of that product under the emerging concept of “avoided emissions”.

The WBCSD itself has been asked to prepare a framework for next year’s G7 summit on how companies should measure such avoided emissions. Once this is agreed at G7 level, it would establish a norm for the disclosure of avoided emissions strategies and enable those who invest in them to receive appropriate recognition, giving an enormous boost to innovation in this area.

At the same time, companies need to develop strategies to make their operations and supply chains resilient to climate change effects that are unavoidable even if global warming is kept below 1.5C and which are already evident in some cases. “Look at last summer when rivers in Europe and China were running really low on water levels, making water transport almost impossible and bringing supply chains to a halt,” said Bakker.

However, climate change also has implications for the wider economic system in which businesses operate.

“The only way we’re going to create solutions in sustainability at the speed and the scale that we need is if we fundamentally rethink the economic model by which society operates,” he said. The days when we could only look at financial performance and ignore environmental or social impacts are over.”

“If you want to be a business leader in the future, you cannot just understand discounted cash flow models and shareholder-centric ways of optimizing a business. You also have to address some other important questions: How do I account for our environmental impact, both bad and good? What are my plans to improve environmental or social impacts? How do I present this to my stakeholders and shareholders, so that these capital market players then give me a lower cost of capital?”

This clearly has an impact on the skillset that future business leaders need to develop, with important implications for executive education.

IMD is particularly grateful to WBCSD for its help in integrating sustainability into the school’s MBA program over the past year, as part of a strategic partnership between the two organizations aimed at equipping business leaders with the skills to accelerate the pace of sustainable business transformation.

Bakker said the IMD MBA program is one of the first business school MBA courses to attempt to replace the purely shareholder-centric model with a more holistic, sustainability-led teaching model and curriculum. “I think that is absolutely the future.” 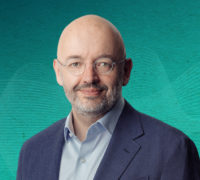 President and CEO of the WBCSD

President and CEO at the World Business Council for Sustainable Development (WBCSD) since 2012, Peter holds a Ph.D. in Business Economics from the Erasmus Universiteit Rotterdam. He was also a recipient of the Clinton Global Citizen Award in 2009 and of the Sustainability Leadership Award in 2010. In addition, he is a member of the Corporate Sustainability Advisory Boards of several international corporations such as IKEA, Daimler and P&G.

Zurich Zoo director Severin Dressen explains how his organization is being proactive in tackling the loss of biodiversity and helping to shape a sustainable coexistence between humans and nature. ...

The post-pandemic ‘org chart’ for the hybrid workspace

Julius Baer CEO explains how to manage in the new normal to optimize operational readiness. ...