Many Chinese entrepreneurs who set up businesses during the economic liberalization of the late 1970s and 1980s are nearing retirement age without a willing or well-prepared family heir. It’s a timely reminder for family businesses around the world to plan for the future.

In May 1978, China officially blew the horn for its economic reform after the Cultural Revolution. With the gradual transition to a market economy, a private business landscape that had been wiped out during Mao Zedong’s reign began to sprout roots.

The process was far from smooth sailing: Chinese leader Deng Xiaoping compared it to “crossing the river by feeling the stones”. However, by the end of the 1980s, there were around 90,000 private enterprises in China, including consumer goods giant Haier (now a Fortune 500 company) and tech firm Lenovo.

Further support for liberalization led to the 238,000 private companies being in existence by 1994, all riding the wave of China’s golden age of growth in which its economy expanded more than 40 times in the space of 30 years.

Many of these businesses were family owned. In fact, as of 2021, more than 50 Chinese firms feature on the FamCap list of top 750 world’s largest family firms, a number that is expected to further increase over the coming years and decades.

Chinese family businesses and the dilemma of succession

But now, the first generation of China’s new business elite is close to retirement age and facing the tricky issue of succession. Succession is a difficult process at the best of times, complicated by the emotional ties within families and the uncertainty around the future of the firm.

While many family businesses in Europe, with six or seven generations under their belts, may have already formed mature governance structures and succession strategies, most newly-entrepreneurial Chinese families have little in the way of a point of reference – and, to make things even more challenging, only one heir.

Many affluent business families in China are further confronted with the challenging task of grooming a next generation of responsible wealth owners who feel a sense of responsibility and entrepreneurial eagerness, rather than just a desire to spend and live a luxurious life.

Research suggests that the human capital constraints due to China’s “one-child policy” impose significant negative impacts on family succession. For example, while working in the family firm is a crucial part of succession, having only one child reduces the likelihood of adult children working in family firm by 14%. Survey evidence shows only 35% of Chinese family businesses have second-generation relatives joining the leadership team and just 29% working on the board of directors – both lower than the global average.

The situation is exacerbated by the pressure to transform China’s economy and many of its family businesses that started out life in manufacturing, real estate and trade. If they don’t transform, they will die soon; if they transform, they can make a narrow escape.

However, Chinese family enterprises are unprepared for succession. Only 21% of family businesses in China have succession plans, significantly lower than the global average of 49%. Despite the strong wishes of the first generation, more than 80% of second generation family members do not want to take over the family business.

There are notable exceptions, such as Shengnong Development, China’s largest white feather broiler company and the supplier for McDonald’s and KFC. The founder Fu Guangming trained his only daughter Fu Fenfang to succeed him from elementary school age. He took her to attend company meetings and suggested that she studied a degree related to their family business. Now, Fu Fenfang, born in 1980, is the chairwoman of the firm.

Only 21% of family businesses in China have succession plans, significantly lower than the global average of 49%. Despite the strong wishes of the first generation, more than 80% of second generation family members do not want to take over the family business

Although many family businesses around the world have at least some structure and process for succession planning, the story of China’s succession dilemma provides an impetus to run a health check on existing plans and to get the house in order before it is too late.

For those without a plan, the challenges Chinese families face is a powerful reminder to prepare for the future with the next generation well in advance and in a structured and cohesive way, or to risk losing control of everything that one generation has worked so hard for.

Does your family business have a credible plan or process for succession? Here are some key points to consider, no matter where your family might be in the cycle of life.

Next generation or not

The first question to ask is whether the next generation wants to take on the family business. Is there a suitable candidate? Are they qualified? Do their interests lie elsewhere? Have an honest conversation early on about what the next generation wants. If they want to be involved in the running of the business, onboard them gradually through different roles in the family enterprise ecosystem, for example, in philanthropic activities or governance activities.

If there is no willing or capable family heir, what are your plans for the future? Is there a suitable non-family executive ready to step up into a leadership role? Do you need to look outside the family and the firm for future leadership? How would the family be involved in the future strategic direction of the business? Should you set up a family office to oversee the family’s human-, social- and financial capital? Do you want to sell up and create a moment of liquidity for the family to chase other dreams?

Manage your own expectations

Many family business leaders find it hard to let go of the reins of power, especially first-generation entrepreneurs. This can create tension and difficulties that can hinder the next generation’s development and endanger the business. How can you empower the next generation and learn to step back from responsibility over time? What are your own plans for retirement? Ask yourself “what am I retiring to”, rather than “what am I retiring from”!

Create a culture of entrepreneurialism

For many family businesses, successful transitions through the generations can be sparked by creating a culture of entrepreneurial thinking and acting, either within the legacy business or outside. This allows the family business to tap into the talent and passions of younger generations instead of alienating them, while also maintaining the core strengths of the company. It also allows the family to explore new, and potentially more rewarding business opportunities to ensure multi-generational success. Over time, this approach creates a strong sense of empowerment and belonging within the next generation and potentially provides future avenues for growth and transformation. 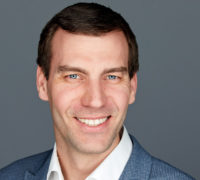 Professor of Family Business and Entrepreneurship at IMD

Peter Vogel is Professor of Family Business and Entrepreneurship, Director of the Global Family Business Center, and Debiopharm Chair for Family Philanthropy at IMD. He is Program Director of Leading the Family Business, Leading the Family Office, and Lean Entrepreneurship. Named in the Poets&Quants 2022 list of the best 40 MBA professors under the age of 40, Peter has been published in peer-reviewed academic journals and, has written a number of books, book chapters and scientific and practitioner-oriented reports. Lise Møller is a Family business expert with more than 20 years’ experience working with family businesses, enterprising families, family offices and family foundations from all countries, cultures, industries, and generations.