Why you should invest in rising stars as the economy dims

Many younger talents are unprepared for a protracted economic slowdown. Here are three ways to stop your rising stars from sinking and help sustain performance.

The current economic crisis and looming recession have caused a feeling of self-doubt to set in among many leaders, particularly the rising star generation. These may have navigated the rollercoaster recovery after the pandemic but have not experienced how to handle the toil and drain of a protracted economic setback.

While many managers argue the pandemic has trained their “crisis fighting muscles”, the reality is that compounding crises and the related unpredictability, frustration, and insecurity can cause even star performers to become tired, passive, and disillusioned.

“The majority of our firm has never lived through a real downturn – or, more importantly, an inflationary and stagflationary environment,” one hedge fund manager told me. While many of the company’s younger talents were anxious to perform, the massive value destruction on the stock market has them questioning their omnipotence. “This makes them skeptical, doubtful, and more passive,” the hedge fund manager said. “How do you guide them to think differently and ensure that those who lived through those environments are at the table to do so?”

Protracted uncertainty may trigger irrational and inappropriate reactions across your team, which will differ depending on whether they are introverts or extroverts. Some people will withdraw, while others are more vocal. Conflict and confusion may arise over the smallest things.

There is also a feeling of franticness, of endless to-do lists and a barrage of high-priority tasks, which in turn can be paralyzing. One leader I know regularly has meetings on his phone when driving in a car. Recently he kept missing the turning off the highway, making him constantly late. Another leader, who is usually very switched on, turned up at the airport without her hand luggage and had to have it couriered via taxi.

With the World Bank forecasting a risk of a global recession in 2023 as central banks try to tame inflation with simultaneous rate hikes, how can we prepare younger leaders for an economic downturn and strike the right balance between caring and performance? I suggest organizations consider the following three pieces of advice:

Maintain opportunities for teams to connect and engage

Can you remember the first few months in your first job? Perhaps there was an office tour, a welcome breakfast for new colleagues, and maybe even a holiday season office party.

The pandemic put paid to most of these welcoming rituals, with many Gen-Zers meeting colleagues for the first time on Zoom and missing out on the team drinks and social events that strengthen the fabric of professional life.

This has consequences. Disconnected from co-workers and facing increasing economic uncertainty, it is perhaps unsurprising that young adults aged 18-25 reported the lowest levels of life satisfaction, according to a Harvard-led study examining a dozen measures of wellbeing.

When an economic downturn is on the horizon, it can be tempting to double down on tasks at the expense of relationships. Yet building a supportive and open environment is a vital part of preparing the ground for high performance.

For those younger talents who started their professional lives during the pandemic and missed out on the usual onboarding that helps people feel connected to the wider organization, now might be the time to re-do their first day. This could involve facilitating face-to-face introductions with colleagues who may have previously only worked together virtually and organizing social events that enable co-workers to discuss non-work topics.

One of the mistakes I see companies making at the moment is cancelling the offsites and team seminars in an attempt to save money. Yet these meetings away from the day-to-day whirlwind of activity are often the only chance teams have to discuss strategy and dynamics, such as how they handle conflict, and how they can excel as a team.

While you don’t necessarily need to go to a five-star hotel, it is important that teams carve out time to have a five-star performance talk, whether this takes place at the home of a team member or at a cheaper venue. Because if you sacrifice relationships, you risk “quiet quitting” – where people leave the organization because they feel unfairly treated or lose faith in their leaders.

Be wary, however, of organizing gimmicky events that don’t match the overall mood. One of my clients received an email about fun Christmas activities being held while the firm was laying people off. This can appear disrespectful and have the opposite of the intended effect.

It is important to avoid thinking that younger talents are not up to the job. Labels such as the “snowflake generation” which suggest employees will crumble at the first sign of adversity are damaging. They also risk triggering “set up to fail syndrome” – a dynamic first described by Jean-François Manzoni and Jean-Louis Barsoux – in which employees perceived to be mediocre or weak performers live down to the low expectations their managers have for them. 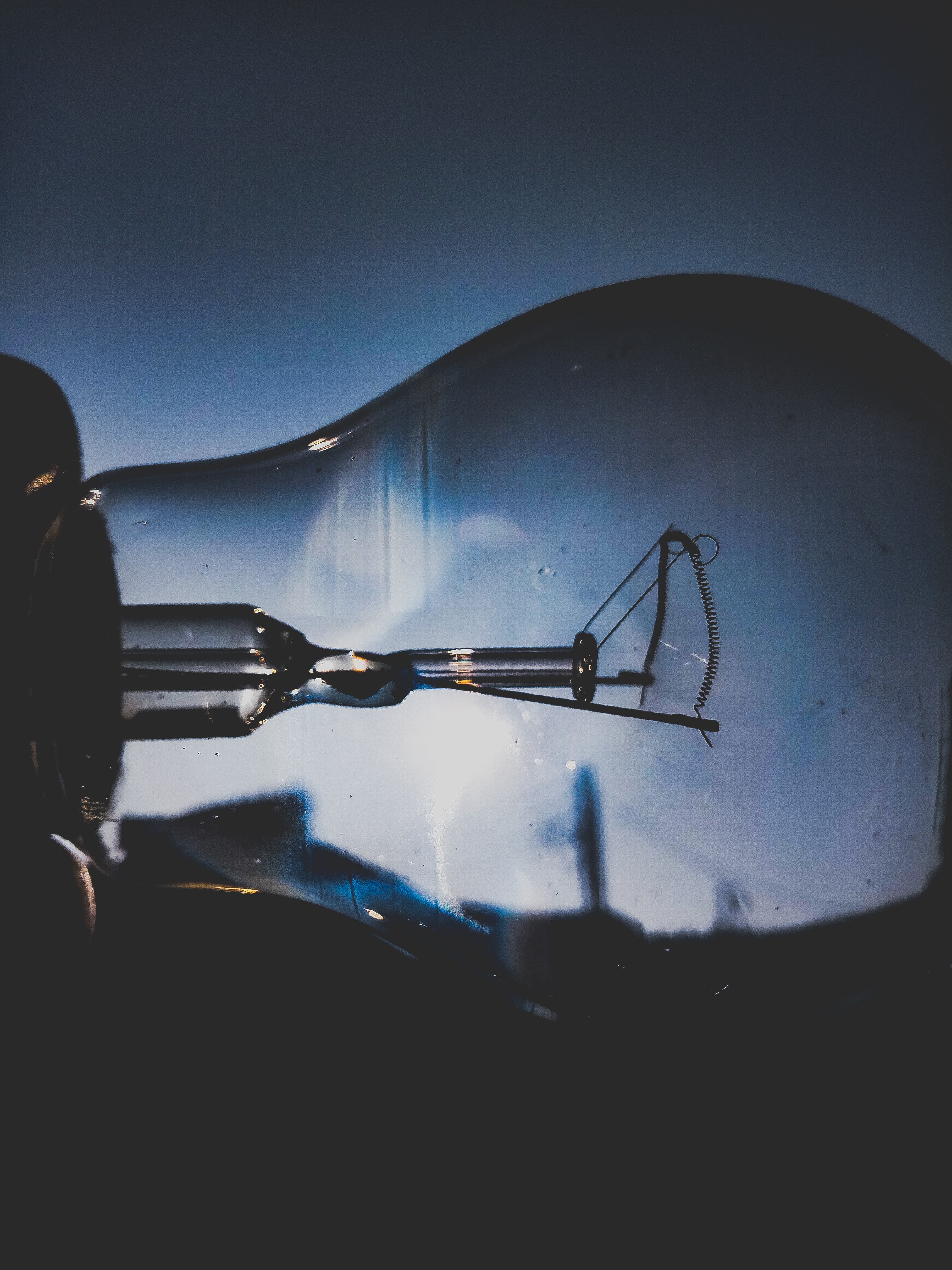 One approach to help rising stars cope with an impending economic downturn is to bring back senior leaders who may have just retired and lived through the high-inflation days of the 1970s. These people can share their experiences and help younger talents learn not only about the realities of the business cycle but also about staying grounded, staying on course, and staying connected. From battle psychology, we know the value of “being in it together” and the importance of having a seasoned voice to rely on and to ease some of the psychological burden of losing a battle – but still striving to win the war.

In times of uncertainty, many leaders feel a need to have greater control, paying closer attention to tasks, timelines, and deadlines. One of my clients said what he really needs right now is a chief productivity officer who will ensure the organization maintains the pace and quality of their work.

Yet it’s important to strike the right balance between relationship building and task priorities. Constantly hovering over employees’ shoulders, calling more meetings, and increasing reporting requirements can lead to disengagement. One of the biggest motivators can be empowerment. Asking your team what success might look like during a downturn, what behavior they expect to see from each other, and what their boundaries might be are all ways of creating trust and transparency.  Rethink and fine-tune your motivational tactics and incentive schemes to reward “input” (e.g., effort, attitude, adaptation, and progress) instead of “output” (e.g., measurable results and KPIs).

Another big motivator is purpose. If people feel their work matters, they are more likely to stick with it through tough times. Don’t write off “purpose talk” as a soft move. Talk about how to execute differently on purpose in tough times. One discounter, whose purpose was to help people on lower incomes live better, took the stance that they wanted to be known as the “last to raise prices and the first to drop them again” in an inflationary environment. Conducting purpose exercises which help new hires gain a better understanding of their personal goals can be one way for employees to identify meaning with their work.

All the stars who have risen in good times are now facing a very different reality. If too much of their sense of self-confidence and accomplishment is tied to performing and delivering results, they are probably feeling more pressured than you would imagine. They may have felt like architects of success, even though their success was partly buoyed by an upturn. Now, the tables have turned and the stars may feel overly responsible and pay an emotional toll for a downturn that is beyond their control.

Leaders must be attuned to this shift and intervene before pressure turns into anxiety and burnout. High performers are rarely the first to recognize or report that they are out of their depth and ask for help, so it’s important to invest in their social support systems and create more opportunities to connect with others. Set them up with battle-proven sparring partners and rethink how you motivate and reward your teams.

If you act too late, your rising stars may feel like sinking ships and your talent bench will be weaker – just when you need it to be stronger than ever. Merete Wedell-Wedellsborg is a clinical psychologist who specializes in organizational psychology. As an executive advisor, she has more than two decades of experience developing executive teams and leaders. She runs her own business psychology practice with industry-leading clients in Europe and the US in the financial, pharmaceutical, consumer products and defense sectors, as well as family offices. Merete is the author of the book Battle Mind: How to Navigate in Chaos and Perform Under Pressure.

9 hours ago • by Søren Toft in Leadership Trade barriers and political upheaval: what to expect in 2023

From global supply chains to monetary policy and climate change, IMD experts give their predictions for a potentially turbulent year ahead. ...