When it comes to forging a long and varied career, make sure you stay curious and ready to shrug off expectations that do not reflect your personal interests and values, says MBA graduate Corinne Avelines.

After more than 20 years working for medium and big corporates, Corinne Avelines, CEO, SIBIUS (MBA 2009), followed her curiosity to join a food tech and then two healthcare startups. Making career decisions that match her evolving interests and need for change has been integral to her progression and drive.

Avelines’ career began as a Business Director for several engineering firms over 12 years. While expecting her first child, she decided to move country and follow an MBA course with IMD, to increase her international exposure and address gaps in her business knowledge.

“I was the oldest person in the cohort and already had a significant amount of experience, but I have always enjoyed questioning and putting myself into the new starter’s position again,” she said. “I wanted to fill the blanks [in my knowledge] with the MBA; strategy, finance, supply chain were the subjects I needed more exposure to,” she said.

After the MBA, the corporate world beckoned, and Avelines took chief digital officer roles at navigation company TomTom, coffee and tea company D.E. Master Blenders (now JDE), and then paint and coating manufacturer AkzoNobel. At the same time, Avelines’ advisory work also kept her connected to the startup world, as a non-executive advisor for three early-stage startups in MedTech, tourism and strategic consulting. She also took the opportunity to develop her non-executive journey, as a supervisory board member at Transdev NL (public transportation) in the Netherlands and Spadel (mineral waters) listed in Belgium.

As a result, she was able to make a full-time move into startups. “I needed a change. The corporates were great but involved time-consuming politics and bureaucracy. I decided it was time to change for the more dynamic, fast-paced and innovative culture of a startup,” she said.

Avelines first joined Innit, a US-based foodtech platform, as senior vice president international operations and managing director. However, she felt a pull toward healthcare, began to research the sector, carefully interviewing more than 70 representatives to develop an understanding of business terrain and its challenges, and took on a transition turn-around assignment as CTO and CMO to gain an initial first-hand experience.

“One red thread throughout my career has been technology. I have always been, and will always be, astonished by the endless possibilities new technologies create,” she said.

Healthtech continues to promise a revolution in healthcare and Avelines’ current role as CEO of SIBIUS reflects its groundbreaking potential. SIBIUS implements the latest research with neuroscience-based and patented technology, Digitrack. This AI-based platform enables a quick and data-driven assessment of the cognitive state of a subject, and as a result helps with early detection of disorders such as ADHD, autism, or dyslexia. “Current methods and tools to assess and ultimately help diagnose these disorders are still mostly based on subjective tests and observations, and in many cases carried out very late in a child’s development,” she explained. “Our ‘cognitive thermometer’ allows a much earlier, faster and objective evaluation to identify people at risk. The results from our pilots and partnerships are very encouraging.”

The SIBIUS platform leverages the latest neuroscientific research, which established a correlation between eye movements and tactile exploration, resulting in the Digitrack patent. Using simple, tablet-based tasks, the user explores blurred images with their finger and the exploration pathway is analyzed to assess their cognitive state and whether he/she is at risk of cognitive disorder.

In a pilot undertaken with Metropole de Lyon, France, 115 school children aged 3 and 4 underwent the test and 23 were found to be atypical. Furthermore, 13 students, most of whom were girls, were newly identified to be at risk and therefore invited for further monitoring and follow-on tests. This is significant because, as research has repeatedly found, medics and educators often overlook girls with cognitive disorders because their socialization effectively teaches them to mask ADHD/ autism characteristics more than that of their male counterparts.

SIBIUS wants to achieve systematic testing at a young age, just like the routine tests for eyesight, weight, and hearing that all children undergo throughout their primary years. “We want to test 13 million children in the next five years and, as a result, help detect at least 1 million suffering from neurodevelopment disorders,” said Avelines. “Being able to support kids from their youngest age is a game-changer for them, for their families and their teachers.”

Change with your life’s priorities

Family is something Avelines has always put first in her career. In the mentoring work that she continues to do with MBA students, she sometimes draws from her own experience to explain that success is multi-faceted, and that flexibility is available if it is demanded.

“I’ve always privileged my family and my personal needs next to my career. Those do not have to be at the expense of each other. For example, my partner and I share the childcare no matter what,” she said. “For many years I left the office early to collect my kids from school and then logged back on from home after dinner. That flexibility was paramount to me,” she said.

Furthermore, Avelines believes that a career path need not entail a linear, upward curve. Developing real-world expectations is far more important than living according to a prescribed notion of success, she said. “I do not believe in the notion of a single professional purpose. Life happens, priorities change, interests change, and we have unique needs at different stages of life,” she said.

Her mentees often ask for advice on how to present an employment hiatus in an interview or how to manage an ambitious career alongside family demands. For female MBAs, who often undertake the course at the age when they are also thinking about having children, this can pose a serious dilemma. To them, Avelines’ advice is simple.

“Tell your story and tell it truthfully. I have hired people who have had up to three-year career break to care for a loved one or be a more present parent. Authenticity is more important than a slick résumé. And the younger generation is much better at acknowledging and being open about their needs or choices than their predecessors,” she said. 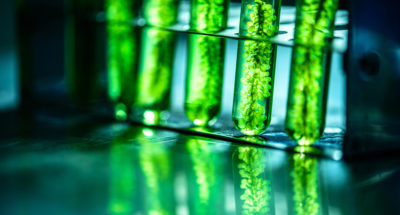 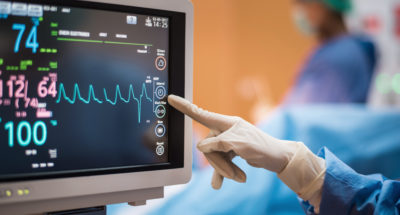 How a Chinese MedTech venturer hopes to leapfrog US giants

Jay Yin’s year at IMD proved a turning point in his career – setting him on course to become CEO of one of China’s most ambitious healthcare startups. ...