Inside the rebel mind of Google’s AI pioneer

Demis Hassabis created the algorithms that crushed the world’s finest chess and Go players. But now it’s time to get serious as the DeepMind co-founder and CEO takes on his biggest challenge yet.

Demis Hassabis has a knack for making the miraculous look easy. In just 10 years, DeepMind, the company he co-founded in 2010 and sold to Google for a reported $600m in 2014, has created self-learning AI algorithms that have mastered Atari video games, beaten the world-champion Go player and, most recently, cracked one of the greatest challenges in biology.

Late last year, the organizers of the protein-structure prediction challenge CASP announced that DeepMind’s AlphaFold (a nod to the AlphaGo system that conquered Go) had solved a problem that had frustrated biologists for almost 50 years. In what may signal a revolution in biomedicine, drug discovery and vaccine development, including for corona viruses, the system was able to accurately predict three-dimensional protein structures from their two-dimensional amino acid sequences.

Because a central tenet of biology holds that structure explains function, AlphaFold’s predictive prowess may soon allow scientists to map thousands of protein structures, helping them to develop drugs for previously hard to treat diseases, such as cancer and dementia.

Even more remarkable, it was an online video game that led Hassabis to his solution. The aim of Foldit, created as an experimental research project in the US, is to fold protein structures as perfectly as possible.

Firstly, it was a fascinating use of games in science – and games are one of my interests,” recalled Hassabis. “But secondly, it kind of suggested to me that somehow these gamers had trained their intuition and their pattern-matching capabilities so that they were able to do what brute-force computer systems couldn’t at the time – actually come up with the right shapes.”

This led him to the insight that AI might be able to replicate the same intuitive capabilities demonstrated by the gamers. Connecting the dots between disparate fields to arrive at an innovative solution is nothing new for Hassabis. Like many of the successful innovators we’ve studied, Hassabis has a wide range of interests that he likes to draw on. He is a curious integrator who brings together different worlds (chess, video game development, computer programming and neuroscience) to solve vexing problems.

In doing this, Hassabis practises something that we refer to as “alien thinking”. He is able to break free from his deep-seated assumptions and see the world through fresh eyes, similar to the way an extra-terrestrial might see the world after landing for the first time. Alien thinkers are more likely to bring breakthrough ideas to life by paying attention to the world around them, combining their observations with imagination, and learning through experimentation. Consciously or unconsciously, they follow a framework that has sparked radical innovation in fields from architecture to business to medicine.

Spurred on by his interests and aptitudes, Hassabis, a Londoner, followed an unconventional career trajectory. A chess master by 13, he enrolled at the University of Cambridge at 17, by which time he was already an accomplished video game designer. Theme Park, the game for which he’s best known, was released when he was 17 and sold in the millions.

While studying computer science at Cambridge, most of his peers were learning to develop narrow AI (an algorithm trained to perform specific tasks), but Hassabis preferred to focus on general AI, which attempts to mimic the cognitive abilities of humans.

After graduating from Cambridge in 1997, Hassabis devoted the next decade to videogame start-ups before enrolling at University College London, where he completed a PhD in cognitive neuroscience. For the next few years, he conducted postdoctoral research at universities that included Harvard and MIT before co-founding DeepMind with Mustafa Suleyman and Shane Legg.

During his postdoctoral work, Hassabis developed the goal of integrating neuroscience with computer science. Specifically, he wanted to create AI algorithms that would incorporate some of the same processes the human brain uses to learn and solve problems. He deliberately chose to study the cognitive capabilities that seemed to underpin intelligence, notably memory and imagination, even though at the time he had no idea how to replicate them in machines.

With machine learning, what you do is ... expose the algorithm to data or experience directly, much like humans get exposed to experience

Eventually, Hassabis and his team pioneered a form of AI capable of thinking and learning more like a human. This AI was based on the concept of reinforcement learning. This first involves programming neural networks, which are loosely based on the neurons and synapses in the brain. These networks are able to model very complex data, which is critical for advanced AI systems. Once the data and the environment around them is captured and modeled, the AI system can start to learn and make decisions.

That learning process works in a very similar way to human learning through trial and error. The system tries a wide range of approaches, sees which ones succeed and which don’t, then builds and refines its decision-making algorithms accordingly. It may not be the most efficient way to learn, but it can be extremely effective; and since DeepMind’s AI systems are so powerful, learning can happen very quickly.

“The difference between machine learning and traditional AI,” explained Hassabis, “is that in traditional AI, you … programmed it with logic statements, the solutions to problems. With machine learning, what you do instead is build these architectures (like neural networks), and expose the algorithm to data or experience directly – much like humans get exposed to experience. Then the algorithm updates itself in order to get better at whatever task that you’ve given it.”

Although IBM’s Deep Blue, which beat chess champion Gary Kasparov in 1997, was an impressive example of narrow AI, Deep Blue could never master the game of Go as there are just too many possible computations. In fact, it is estimated that it would take all the computers in the world more than a million years to force a solution to Go. Therefore, reinforcement learning was required. In fact, two years after AlphaGo beat the best human in Go, DeepMind built a better reinforcement learning system called AlphaZero, that beat AlphaGo 100 games to zero.

Recently, with Google’s backing, Hassabis has made a conscious choice to refocus DeepMind’s efforts away from gaming towards developing solutions to help society find answers to some of the most pressing and fundamental scientific challenges.

Given the number of problems facing the world today, Hassabis’s biggest challenge may be deciding what kind of miracle to perform next. 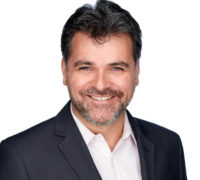 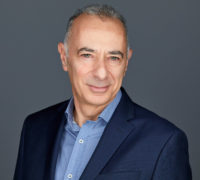