The key factors to compete in Asia

Asia can be both an engine of growth as well as the source of numerous challenges – from unfamiliar customers and competitors to hard-to-navigate regulations. In this webinar, we’ll provide you with...

Asia’s constantly evolving business market is simultaneously attractive and daunting. The continent is currently producing some of the fastest innovations on the globe but is often overlooked by those searching for the next big disruptor or trend. Some of the world’s best funded start-ups are now in Asia and venture investment is rapidly picking up. IMD Professors of Innovation and Strategy, Mark Greeven and Patrick Reinmoeller have researched what’s driving the dynamic business ecosystems that have formed on the continent. They stressed that it’s important to understand the diversity, scale and dynamics of Asia if you want to play to win there.

The term “Asia” itself isn’t reflective of the enormous diversity of the continent. It is necessary to identify where innovation is coming from and there are many different places within Asia, all with local peculiarities. With such a massive population now interacting through social media and other digital environments there are also a massive amount of crazy ideas. When you consider the scale of this, there are going to be fantastic ideas in abundance. “When we focus so much on one valley, we overlook a continent that matters so much, we are really missing something,” said Reinmoeller.

The professors noted that one of the things companies from outside the continent often don’t understand is the speed with which things move there. Things often change visibly within the course of a year. And while an entrepreneur moving ahead at lightning speed can look crazy to the outside world (and is not always advisable from a strategic point of view) many people are having success this way. Greeven noted that this does come with both environmental and social costs companies need to think about.

In order to successfully compete in Asia, Greeven and Reinmoeller emphasize that companies need to make sure they are not competing in the dark, learn to localize, and build institutional competence. There are a lot of hidden champions in Asia that don’t attract the media attention of others (such as Alibaba) and they are often found in more traditional industries. These companies can be the key to understanding the very localized markets within countries. “Partnering is, I would say, the dominant way of building businesses and growing quickly, so when we talk about doing business in Asia it is very often about growing together and creating a future together with local partners and local companies,” explained Greeven.

A local partner can also help with understanding the institutional dynamics in Asia which can be extremely challenging. Executives have reported spending up to a third of their time trying to navigate the massive regulatory structures on the continent. The professors note that institutional competence is a critical factor for successful innovators in the region.

Finally, don’t be scared off if you believe your company to be too small to enter the market. The professors emphasize that SMEs may be well placed to compete in the region because they have more flexibility. From a capability standpoint, an SMEs agility can compensate for the lack of resources compared to a large firm. The professors suggested that being very good at one thing in the value chain may be the key to success.

If you would like to take a deep dive into further learning about Asian innovation, you can sign up for the following program: Asian Innovation Strategies, starting on 13 September. 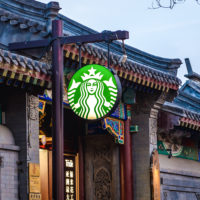 Hong Kong: a city on hold

Hong Kong's core business strengths remain despite all it has gone through in the last three years, says Tara Joseph, the outgoing head of the city’s American Chamber of Commerce.... Why digital transformation and sustainable fashion are a perfect fit

From its base in Hong Kong, Alvanon has come to dominate the world’s physical and digital mannequin industry. Its goal now, says CEO Janice Wang, is developing technologies that will make the... With vaccination rates now accelerating across Asia, the region will top the world’s growth league in 2022. IMD picks five trends to watch in the region’s key countries....