Each month, we’ll discuss one book, and add a new one to the list, so you’ll be able to plan ahead.

Our first three books are recent releases that have been very well received. Together they give a sense of the books we’ll read: the first follows the journey of a senior executive in a given company and industry; the second book looks at issues of gender and data bias; and the third addresses important geopolitical and economic trends. 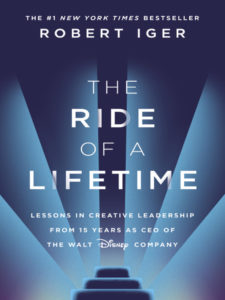 For April, we begin with The Ride of a Lifetime:  Lessons in Creative Leadership from 15 Years as CEO of The Walt Disney Company, by Robert Iger  (2019, 236 pages)

Robert Iger’s book provides a brisk account of his years at company that we all know: Disney.  Along the way, he imparts his lessons about effective leadership that may be relevant for managers in all industries, not only entertainment and media.

This is a highly readable book that lets us ask some probing questions about leadership and success, and is a good way to start.

The executive chairman of Disney, Time’s 2019 businessperson of the year, shares the ideas and values he embraced during his fifteen years as CEO while reinventing one of the world’s most beloved companies and inspiring the people who bring the magic to life.

Robert Iger became CEO of The Walt Disney Company in 2005, during a difficult time. Competition was more intense than ever and technology was changing faster than at any time in the company’s history. His vision came down to three clear ideas: Recommit to the concept that quality matters, embrace technology instead of fighting it, and think bigger—think global—and turn Disney into a stronger brand in international markets.

Today, Disney is the largest, most admired media company in the world, counting Pixar, Marvel, Lucasfilm, and 21st Century Fox among its properties. Its value is nearly five times what it was when Iger took over, and he is recognized as one of the most innovative and successful CEOs of our era.

In The Ride of a Lifetime, Robert Iger shares the lessons he learned while running Disney and leading its 220,000-plus employees, and he explores the principles that are necessary for true leadership

As you read The Ride of a Lifetime, here are a few questions to think about.

We will discuss this book on 21 April in a webinar. May 2021: using data to see the world differently

In May, we will read Invisible Women: Exposing Data Bias in a World Designed for Men, by Caroline Criado Perez.  (2019, 318 pages)

Invisible Women is the Winner of the 2019 Financial Times and McKinsey Business Book of the Year Award, and Winner of the 2019 Royal Society Science Book Prize. It’s not only an eye-opening account that brings into view many examples of systematic bias, but also improves our capacity for evidence-based thinking. Our discussion is sure to bring in new examples and personal experiences.

It comes recommended from a few IMD colleagues, including Niccolò Pisani, who said: “The book is a must-read to understand how gender bias in data gathering and statistics can exacerbate gender inequality. The author discusses an impressive series of examples in which data are biased against women, documenting how this gender data gap can turn into policies that are insufficient or even incorrect when it comes to ensure gender equality.”

Data is fundamental to the modern world. From economic development, to healthcare, to education and public policy, we rely on numbers to allocate resources and make crucial decisions. But because so much data fails to take into account gender, because it treats men as the default and women as atypical, bias and discrimination are baked into our systems. And women pay tremendous costs for this bias, in time, money, and often with their lives.

Celebrated feminist advocate Caroline Criado Perez investigates the shocking root cause of gender inequality and research in Invisible Women, diving into women’s lives at home, the workplace, the public square, the doctor’s office, and more. Built on hundreds of studies in the US, the UK, and around the world, and written with energy, wit, and sparkling intelligence, this is a groundbreaking, unforgettable exposé that will change the way you look at the world.

As you read Invisible Women, here are a few questions to think about: For June, we will turn our attention to the most populous region of the world: The Future is Asian: Global Order in the Twenty-First Century, by Parag Khanna. (2019, 360 pages, paperback.)

The book comes highly recommended by IMD’s Professor Mark Greeven, who writes: “Not only Asia it the largest and fastest growing market, it is also home to some of the most competitive and innovative companies in the world. The 21st century will be the ‘Asian century’ and Parag Khanna’s The Future is Asian provides the necessary understanding of a region larger than life.”

The paramount importance of Asia – in business, economics, politics, and the environment – speaks for itself. Rather than a long volume on one country or another, this book provides what The Wall Street Journal calls “a valuable and thoroughly researched analysis.” This selection will not only be highly educational but should allow for sharing personal lessons and experiences about Asia.

The “Asian Century” is even bigger than you think. Far greater than just China, the new Asian system taking shape is a multi-civilizational order spanning Saudi Arabia to Japan, Russia to Australia, Turkey to Indonesia—linking five billion people through trade, finance, infrastructure, and diplomatic networks that together represent 40 percent of global GDP. China has taken a lead in building the new Silk Roads across Asia, but it will not lead it alone.

Rather, Asia is rapidly returning to the centuries-old patterns of commerce, conflict, and cultural exchange that thrived long before European colonialism and American dominance. Asians will determine their own future—and as they collectively assert their interests around the world, they will determine ours as well.

As you read Parag Khanna’s The Future is Asian, here are a few questions to think about:

After we discuss a book, we will add one to the list, so that you can plan your reading for the next three months.

Most will be recent releases, but we may also feature some older books. Some likely selections may include:

The Value of Everything: Making and Taking in the Global Economy, Mariana Mazzucato, 2018. One of my personal favorites, an important re-think about economics and value. I would like to suggest a pair to be read together: Lights Out: Pride, Delusion, and the Fall of General Electric (2020) by Thomas Gryta and Ted Mann; and Hot Seat: Hard Won Lessons in Challenging Times (2021) by Jeff Immelt

What could be better than to read an investigative account of the demise of GE, along with the account by the CEO, Jeff Immelt? His lessons are sure to offer an interesting contrast to those of Robert Iger after 15 successful years at Disney. Life 3.0: Being Human in the Age of Artificial Intelligence, by Max Tegmark. Not sure what AI is all about, but interested in learning? Noise, by Daniel Kahneman, Olivier Sibony, and Cass R. Sunstein. This is Kahneman’s follow up to 2011’s Thinking, Fast and Slow, and will be released in May 2021. Please share your suggestions and requests in the comments below

Which books would you like to propose for the book club?

Let us know your personal favorites, or propose a book you have heard about but have not yet read, and would like to discuss. 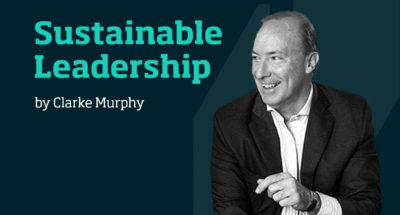 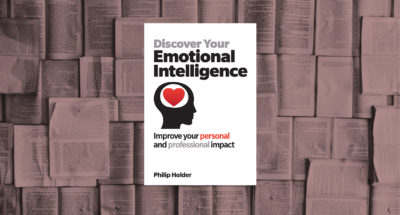