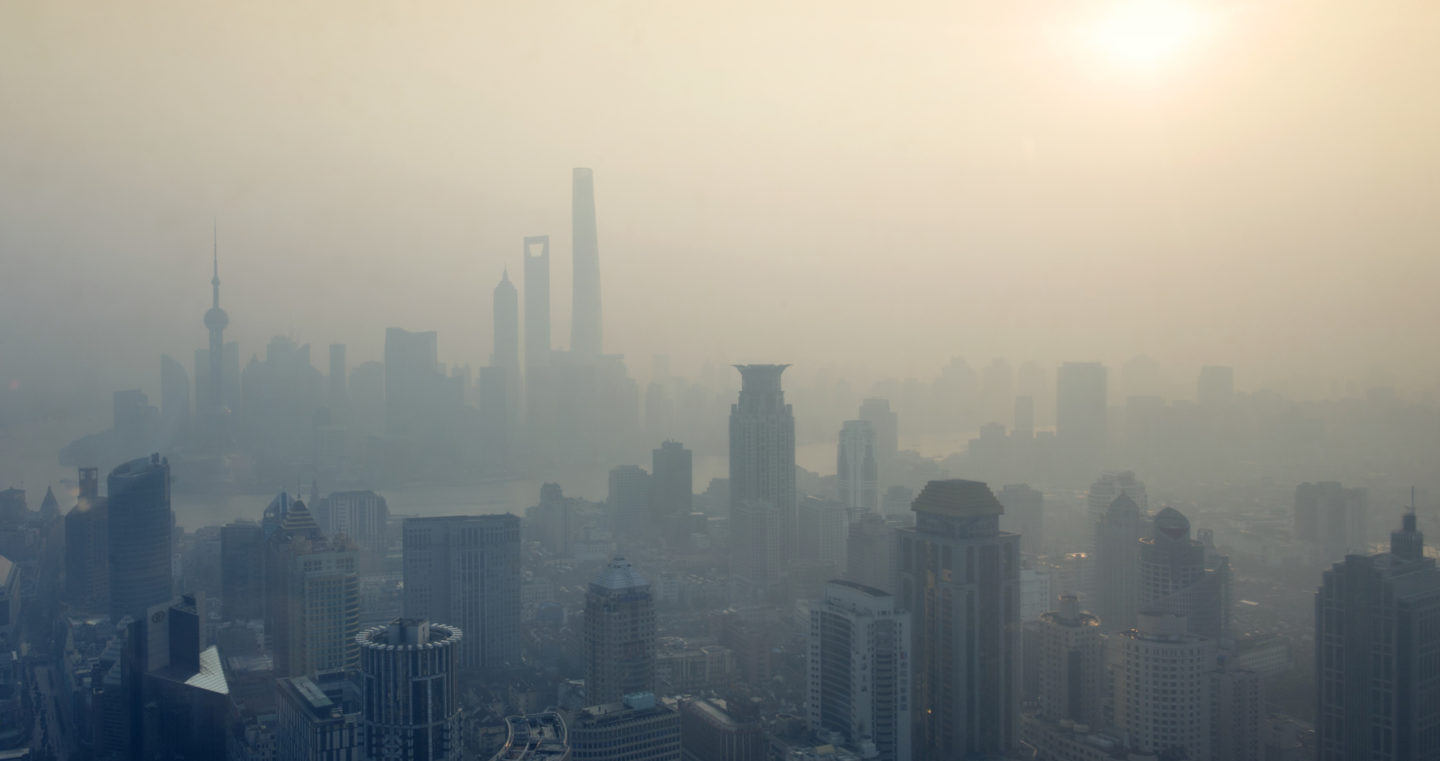 In the first in a two-part series, we examine the potential impact on attitudes towards preserving world resources in the wake of COVID-19.

The COVID-19 pandemic has caused intense suffering around the world, but it also had one beneficial side-effect – satellite photos of major cities showed significant declines in air pollution levels. But what will the long-term consequences of the pandemic be for the attitudes of governments and their citizens to sustainability?

In the first of a two-part series on sustainability post-COVID, I look at whether the pandemic is likely to slow down or accelerate our efforts to make a more efficient and equitable use of the world’s natural resources.

I believe that the long-term impact of COVID-19 crisis for sustainability efforts will depend on the collective narrative that is currently being built. It may well be country-specific and will be a function of two key parameters.

First is the extent to which we collectively believe that the pandemic is either a “one-of-a-kind” event or “one of many to come”. While the latter would lead to a new understanding of risks and a questioning of current sustainability policies and practices, the motivation for change will be much lower with the former.

The second criteria will be our collective feelings towards our institutions and governing bodies when the peak of the crisis is over. Will the dominant feeling be positive (“government institutions have enabled us to get through it”) or negative (“they should have prevented it”)? In other words, will the crisis strengthen or question the legitimacy of our national institutions?

The combination of these two variables leads to four very different potential scenarios. We carried out a poll of more than 700 senior and mid-level executives at IMD to find out which of these are seen as the most likely.

Scenario 1: Little or no change

Motivation for change will be lowest if COVID-19 is mostly experienced as a “one-of-a-kind” crisis that was well handled by national institutions. The emphasis will be on getting back to business as usual: companies will be fighting for survival and governments will try to get the economy back on track and tackle mass unemployment and national debt. This scenario is likely to be bad news for sustainability initiatives, as reforms are likely to be pushed further back. Initiatives such as the European Green Deal aimed at making the European Union climate neutral by 2050 may become an ideal, rather than an action plan.

Sucharita Kodali, vice president at Forrester Research, encapsulated this view. “If wealth evaporates, if businesses have to make significant layoffs, concerns about sustainability will go by the wayside. It’s something that we care about when we have the luxury to care about it, when basic needs are met,” she said.

In our poll, this was seen as the least likely scenario, chosen by only 10% of participants. The probability of this scenario occurring is likely to be underestimated, however. If there is one lesson that we need to draw from the Great Recession, it is that real change is hard to implement.

Institutions that face distressed constituencies will have a stronger motivation to carry out reforms even if COVID-19 is perceived as a one-of-a-kind crisis.

Such a scenario would give license to governing bodies to expand their sphere of influence, beyond healthcare reform or the development of local supply chains. Governments will have an ideal opportunity to become bigger and take on interventionist roles in the governance of companies and citizens’ lives.

Emmanuel Macron, the French President, illustrated this type of thinking in a national address last year. “What this pandemic reveals is that there are goods and services that must be placed outside the laws of the market. Delegating our food, our protection, our ability to take care of our living environment to others is madness. We must regain control of it. The coming weeks and months will require breakthrough decisions in this direction. I will make them,” he said.

In a bigger government scenario, social and environmental issues will gain greater prominence, as they will be regarded as part of the policy package that citizens want. However, the response is likely to be slow, as short-term budget allocations are unlikely to prioritize long-term environmental considerations.

This scenario was seen as likely by 15% of respondents to our poll, a surprisingly low percentage. It may reflect skepticism that institutions could reverse the decades-long trend towards less government influence.

Scenario 3: A shift in mindset

If citizens conclude that COVID-19 is not an isolated war but one of many battles that need to be fought and won, and they have a positive view of the performance of governments during the crisis, then the collective mindset may change dramatically.

This is the best scenario for sustainability. Citizens and NGOs become the force for change. Collectively, they will question our current development model and demand a change of course. If there are enough of them and if they are active enough, both firms and government bodies will have no choice but to listen to them, and to make the necessary reforms.

Jean Tirole, winner of the Nobel Prize for Economics, seems to favor this scenario. In an editorial blog for the Toulouse School of Economics, Tirole wrote: “Social science research shows that war reduces individualistic tendencies and increases empathy. Individuals behave in a more co-operative and altruistic manner; they are more inclined to join social groups. A health war against the coronavirus has the advantage that the group extends beyond its fellow citizens to all of humanity and that there is no ‘out-group’ other than the virus.”

This was the poll participants’ scenario of choice, with 47% seeing this as the most credible.

What will happen if citizens realize that the current crisis represents the beginning of a new era (“one of many”) for which current institutions have demonstrated that they are ill-prepared? This is the scenario in which the magnitude of change could be greatest, as frustrations and burning platforms are more conducive to change than satisfaction with the status quo.

In this scenario, extensive changes would be needed, so citizens may be ready to make trade-offs between restrictions on their freedoms and gains in health and safety. But such trade-offs could raise serious concerns about personal privacy because many governments could see them as an opportunity to take authoritarian measures.

Such concerns were expressed by the historian Yuval Noah Harari on the subject of governments monitoring citizens’ finger temperature and blood pressure data through their smartphones. “It signifies a dramatic transition from ‘over the skin’ to ‘under the skin’ surveillance,” he wrote in an article in the Financial Times.

This scenario was seen as most credible by 28% of those surveyed. As scary as it is, it might have positive consequences in terms of sustainability if – and only if – governments decide that this is the way to go. We have seen the remarkable progress made by the Chinese government since 2013 in fighting pollution, in contrast to the lower priority accorded to social and environmental issues by other countries such as Brazil

So how should companies take stock of these potential scenarios when thinking about their sustainability strategies?

Preparing for Scenario 1 will involve getting ready to quantify the direct and indirect impact of sustainability actions on the business, in order to defend budget allocations to these policies in the tough post-COVID era.

Preparing for Scenario 4 will mean focusing the business case on the license to operate and on the firm’s social capital in any particular country.

By contrast, preparing for Scenario 2 and Scenario 3 will imply that firms should start enlarging their sustainability strategy to non-business-related actions, documenting how they can have a positive social impact. In both cases, given the time required to demonstrate the social or business impact, sustainability leaders may well have no choice but to take a stance.

I will look at possible adjustments in companies’ sustainability strategies in the second article in this series.

Professor of Marketing and Strategy at IMD

Prior to IMD, Frédéric Dalsace spent 16 years as a Professor at HEC Paris where he held the Social Business / Enterprise and Poverty Chair presided by Nobel Laureate Professor Muhammad Yunus. Prior to his academic life, he accumulated more than 10 years of experience in the business world, both with industrial companies (Michelin and CarnaudMetalbox) and as a strategy consultant with McKinsey & Company. He is Co-Program Director of the Leading Customer – Centric Strategies program. 6 hours ago • by Alfredo De Massis, Ivan Miroshnychenko in Sustainability