As M&A failure soars, here’s how to walk away from a deal unscathed

The global dealmaking boom is going into hard reverse as big transactions are shelved, underscoring the need for executives to strengthen negotiation tactics and exit strategies in order to preserve value.

Just over US $1 trillion worth of M&A transactions were struck in the first quarter of 2022, down a fifth compared to last year. The value of cancelled deals reached $215 billion, the highest level since 2018.

The rise in M&A failure presents several negotiation issues for executives to consider, from how to establish more rigorous criteria for dealmaking early on to how you walk away from the negotiating table without torching relationships or value.

Executives are naturally concerned over the destruction of shareholder value, with research showing the vast majority of mergers fail, costing companies billions of dollars.

One cautionary tale is Elon Musk, who is attempting to back out of a deal to buy Twitter, claiming it has misstated how much traffic comes from bots. The social media company has sued the billionaire Tesla boss in an attempt to force the sale and accused him of “attempted sabotage” as its stock sank.

As well as this, executives should be prepared to bow out of talks even in the latter stages of the negotiation because there is a strong possibility of unpleasant surprises that doom mergers in the present macroeconomic environment. Transactions agreed today can go awry because of a radically different business outlook tomorrow.

So how can executives exit negotiations without burning bridges à la Musk?

Agree on a negotiation timeline

The first step is to agree on the negotiation process early on. Setting a clear timeline to get the deal across the line helps both parties to align and engage. If the deadline is passed, this is a good justification to walk away from the deal should you have niggling doubts about its merits. Time is one of the most valuable resources for any negotiator.

It’s also critical to agree on the process of unwinding the agreement ahead of time. And it’s best not to shut the door completely. Don’t say no, say not right now. You may not agree on the outcome of the talks — say the price — but you can revisit the deal in the near future.

The added benefit is that walking away from the negotiating table can lead to a new deal with better terms in the future, as long as the initial exit is properly managed. In June, Authentic Brands — a US group that owns consumer brands including Reebok, Nautica, and Eddie Bauer — pulled out of the process to acquire UK fashion chain Ted Baker because of a deterioration in the macro environment.

The only certainty is uncertainty, which is rendering scenario planning ineffective.

Two months later, Authentic looked set to clinch Ted Baker for £211 million, despite the UK firm having rejected previous approaches at higher valuations and being capitalized at £1 billion just four years ago.

The second way to bow out of a negotiation gracefully is to leverage a neutral third party, such as a lawyer or a consultant. Because they are independent, they will help to temper emotions, which can run high when so much – reputation, share price – is on the line.

It is often ego that will kill a deal and leave a sour taste. Enlisting the help of a third party with a cool head will help your side to walk away with dignity if the need arises and keep the prospect of future talks alive. The state in which you leave the negotiating table is the one to which you will return.

Build a robust due diligence process

When it comes to looking beyond organic growth to drive profits, business leaders will need to build a more robust due diligence process. Executives tend to go through with bad deals because of the sunk cost fallacy – the tendency to follow through on a plan if they have invested time, effort, or money.

But the negotiation costs usually outweigh the benefits, with research from McKinsey showing that roughly 70% of mergers fail. A case in point is the $350 billion union between the media giants American Online and Time Warner in 2001. A year later, AOL Time Warner, the combined entity, reported a 2002 net loss of nearly $100 billion because of the shift from dial-up modems to cable broadband. The deal was unwound in 2009.

Another reason that companies pursue bad deals is because they switch objectives from creating value to beating another bidder, which often leads to dramatic losses. In takeover contests in which the losing bidder faces a loss in market share, the natural outcome can be overpayment for a target company. Bidders get caught between winning the auction by overpaying or losing the sale and suffering a loss in competitive position.

One example is how the pharmaceutical giant Johnson & Johnson and its rival Boston Scientific aggressively pursued the takeover of Guidant, the US maker of heart devices, despite it having to recall tens of thousands of its products because of reported malfunctions. After a bidding war, Guidant agreed to a $27 billion deal with Boston Scientific in January 2006, up substantially from J&J’s initial $21 billion offer. But the move cost Boston Scientific billions.

The lesson is that executives need to look at the real added value of a deal and not engage in an escalation of commitment. What’s more, environmental, social and governance (ESG) issues now require the same due diligence that firms will pay to a company’s financials, given the intensifying scrutiny from shareholders and regulators.

Dealmakers should understand that most transactions carry ESG risks that tend to be material. In the EU, for example, there is a price on carbon, meaning a target company’s future emissions will impact the financial returns you can expect from an acquisition.

One way to hedge buyer’s remorse is to include in any merger agreement material adverse clauses, which permit buyers to back out of a transaction or renegotiate terms in case of an event that harms the target before the deal closes.

Corporate dealmakers need to leave some “wiggle room” to review M&A deals even after they are agreed, because of the likelihood of future problems caused by increased inflation and operating costs, rapidly tightening financial conditions, the fallout from war in Ukraine, and prolonged disruptions caused by the pandemic. The only certainty is uncertainty, which is rendering scenario planning ineffective.

One of the most high-profile examples is French luxury conglomerate LVMH’s takeover of US jeweler Tiffany. The conglomerate, controlled by billionaire Bernard Arnault, sought to renegotiate the terms of the $16.6 billion deal agreed in November 2019 to reflect the impact of the pandemic.

Tiffany sued LVMH to enforce the transaction, igniting a bitter legal spat. It ended in October 2020, when LVMH agreed to go ahead with the acquisition, but only at a lower price: $131.50 a share, down from the original price of $135.

The lesson is that, should a target company refuse to include a material adverse clause, or try to restrict what counts as a material adverse event, you should walk away from the negotiating table. Although LVMH eventually got a discounted deal, it would be better to avoid the negative public attention that heading to court would bring.

In the coming months, many executives are likely to face difficult decisions on deals, but by considering these negotiation tactics and strategies, they can act now to offset some of the risks of M&A. 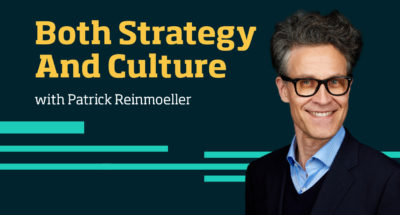 15 hours ago • by Patrick Reinmoeller in Strategy