The first online loan products for SMEs in China to be offered through mobile channels come thanks to the country’s recent fintech revolution. We spoke to Bin Li, Chief Researcher of Fintech at WeBank, a private Chinese neobank part-founded by Tencent, Baiyeyuan and Liye Group on these developments.

What are some of the unique favourable characteristics of China’s fintech ecosystem?

China has a large internet user base that is receptive to innovative technologies, providing strong foundations for the development of the fintech ecosystem. At the end of 2020, this sizeable base totalled 989 million, representing a penetration rate of about 70%. Within it, about 85% are mobile payment users.

Growing alongside this is the number of 5G phone connections, now at 310 million. 5G networks have high bandwidth, high speed and low latency and with the popularization of the technology, AI, VR and cloud computing are increasingly able to be better integrated with mobile financial services. This in turn favours innovation in the financial technology industry.

How does Chinese infrastructure fare in supporting fintech in the country?

China has infrastructure that is strong enough to support the financial markets; its payment and clearing system, credit investigation system, account system and customer identification (KYC) are all relatively comprehensive. What does this mean? That there is an infrastructure in place supporting stable fintech operations.

Banks can – for instance – connect to government systems for KYC verifications, ensuring the authenticity of identity information. In most countries, KYC for remote accounting opening is based on identity information uploaded by the account holder. This is, in turn susceptible to fraud.

What are some of WeBank’s latest developments in the blockchain technology arena?

We have always been committed to using blockchain technology to improve the efficiency of collaborations between organizations, and have supported the development of 120 applications for use in financial services, government services and technological regulations.

One upshot was that in May 2020 the Macao and Guangdong customs adopted WeIdentity, an open-source identification and data-exchange solution using WeBank’s blockchain. The pandemic made procedures for cross-border passage between Macao and Guangdong cumbersome. To facilitate data exchange while protecting privacy, WeIdentity converts the residents’ health code information from the two places into encrypted verifiable digital certificates. As a result, the government agencies from both regions are able to carry out authenticity and validity verifications even when their systems are not connected in the back end, and users are not required to provide information repeatedly.

What’s the thinking behind WeBank choosing to focus on micro enterprises and individuals?

Back in 2014, although the penetration rate of Chinese residents who were banked and used mobile payments was already sizeable, the per capita rate of Chinese who had credit cards or had access to credit facilities was still relatively lower than levels in developed countries. As such, there was a significant opportunity to use digital technologies to serve the banking needs of the masses. Consequently, digital banks such as WeBank emerged to meet this immediate, unmet market need.

As part of the government’s strategy to promote financial inclusion, the China Banking and Insurance Regulatory Commission (CBIRC) issued privately owned banking licenses in 2014 for the first time, with the aim of increasing financial accessibility to underserved segments. As the first of the banks to obtain this license, WeBank set out with a mission to provide suitable and accessible financial services to underbanked individuals and SMEs using a fully digital banking approach.

WeBank’s flagship credit product, Weilidai, serves as a good example of designing a product tailored to the needs of China’s mass market. Can you tell us more?

The Weilidai credit option is displayed on third-party partner platforms to qualified prospective customers. Once completed, WeBank instantly and automatically produces a credit decision with a dynamically set credit line amount. The entire process from applying for a credit line to loan disbursement takes just seconds, and there is a very high success rate of applicants receiving a credit line.

Weilidai had advanced over 460 million loan drawdowns with a total value of over RMB 3.7 trillion to more than 28 million customers in nearly 600 cities across 31 provinces, municipalities and autonomous regions in China. Some 80% of Weilidai customers possess junior college education or less, and around 78% of customers are “non-white-collar” workers; a term used in China to describe factory and gig economy workers. The average drawdown of these loans is also relatively small at just RMB 8,000 (USD 1,200), and 70% of customers made interest payments of under RMB 100 (USD 15).

Following the success of Weilidai, WeBank sought to replicate its initial product design process to serve small and medium-sized businesses across China. In 2017, this culminated in the release of Weiyedai, the first ever online SME loan product in China offered through mobile channels. Almost four years later, Weiyedai has served over 1.88 million SMEs. Chief Researcher of Fintech at WeBank

Bin Li carries out research on the financial industry and is currently the chief researcher of Fintech at WeBank, China's first digital bank. 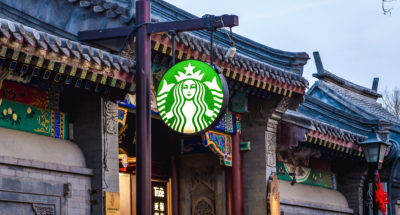