Cryptocurrencies, the environmental bogeyman, could be a force of good, provided the industry can move to more energy-efficient mining methods and greener power sources.

Some analysts have hailed blockchain technology and the crypto economy as potentially “the biggest innovation in our lifetime” and the soaring value of bitcoin – which in November struck a record high of more than $68,000 before falling slightly – underscores how investors are increasingly betting on cryptocurrencies.

Blockchain technology has the potential to revolutionize more than just payment systems with abundant use cases, particularly in fields considered critical for the future of people and planet.

Take, for example, agriculture and the food industry, where the use of blockchain – which, put simply, is a shared database that must be confirmed by peer-to-peer networks and encrypted – would allow organizations to transparently track supply, inventory, transportation, and delivery to the end consumer. Having access to this information could prevent shortages and avoid food waste by enabling producers to forecast stock.

In the healthcare sector, blockchain would enable patients’ medical history to be stored safely and made accessible to the patient and doctors in any part of the world. A blockchain ledger could further be used to share prescriptions for the patient with the pharmacy to ensure that the correct medications are dispensed and to keep track of which drugs have been handed out. Lastly, blockchain could allow for the creation of smart contracts which could speed up administrative processes by collecting records of claims and transactions on individual cases.

Growing awareness of its energy problem

While blockchain, and its first coin, bitcoin, could play a significant role in helping industries address the ever growing environmental, social and governance concerns, there is growing awareness that its carbon footprint is becoming unsustainable. To add new information to the blockchain, miners compete to perform complex math problems using computers. The miner who solves the riddle the fastest is rewarded with cryptocurrency, such as bitcoin. This concept is known as ‘proof of work’. The more computer power you have to help you solve the math problem, the higher your chances of claiming the reward. It is no surprise that as long as the price of a bitcoin continues to soar, more and more institutions will become involved in solving (or mining) those mathematical riddles. As a result, the amount of energy needed to mine bitcoin has spiralled enormously. According to the University of Cambridge, bitcoin consumes more power annually than the whole of Argentina. If bitcoin were a country, it would be among the top 30 global energy consumers. The World Economic Forum estimates that 10% of world GDP will be stored on blockchains by 2025, so the carbon impact of crypto is a growing issue.

Most of bitcoin’s energy consumption comes from mining; validating transactions uses minimal power. Regulators all over the world are taking note. China, for example, which used to be the leading crypto mining hub responsible for three-quarters of all mining activity in 2019, imposed a blanket ban on all crypto transactions and mining in September. Elsewhere, other economic authorities are stepping up their scrutiny. The European Central Bank has raised concerns over the ‘exorbitant carbon footprint‘ of crypto and Swedish regulators have called on the European Union to ban energy intensive crypto mining. The US now leads the way in bitcoin mining, followed by Kazakhstan and Russia.

Citing environmental concerns about blockchain, Tesla Chief Executive Elon Musk reversed plans first outlined in February to start accepting payments in bitcoin for its electronic cars. Tesla had pumped $1.5 billion of its cash reserves into bitcoin, a significant endorsement of the cryptocurrency, but faced a sharp backlash from investors who prioritize environmental, social and governance issues.

So what can blockchain do to clean up its image as a dirty currency?

Some cryptocurrencies have been shifting to a less-energy intensive ‘proof of stake’ system to validate cryptocurrency transactions. Holders of the cryptocurrency are allocated coins to validate based on the amount of cryptocurrency they own, meaning that if someone were to hold 1% of the whole supply, they would be contributing to process 1% of all the transactions made on the network. Validators put up coins for collateral and receive crypto rewards for their efforts. To prevent fraud, they face penalties if they fail to correctly validate the blockchain. Proof of stake is much more eco-friendly and multiple competitors of Bitcoin, like Cardano, Polkadot, Solano and Ethereum have been trying to shift to this model.

Another solution is for the entire industry to detach itself from fossil fuels by harnessing energy from renewable sources. Estimates vary widely, but a 2018 report from the University of Cambridge found the average share of bitcoin mining facilities using renewables was 28%. Hydro power has been attracting much attention (and capital). The Chinese provinces of Sichuan and Yunnan are both intensive hydroelectricity generators. It is no coincidence that these regions were, before the ban, among the go-to places for bitcoin mining, thanks to low power costs. Сowa.ai, the largest European Bitcoin mining company, runs completely on renewable hydro energy, thereby reducing the carbon footprint of the ‘proof of work’ system to zero. Another way to lessen the carbon footprint associated with mining is to leverage resources that would go otherwise unused or wasted, or that are stranded in remote locations. Companies such as bitcoin miners Great American Mining and Compass Mining have found ways to harness neglected energy sources to power their operations (though critics argue this acts as a subsidy for the fossil fuel industry and incentivizes extraction).

Conceived in 2021, the Crypto Climate Accord, based on the Paris Climate Agreement, is a private-sector led initiative that focuses on decarbonizing the crypto and blockchain industry to achieve net-zero emissions by 2030. More than 200 companies and individuals have signed up to date and are working collaboratively to accelerate the development of digital green solutions and to set a new standard for other industries to follow.

With a less energy-intensive, fossil-based mining mechanism, bitcoin and the related blockchain, often labelled as ‘dirty’, could become a cleaner asset, and could validly be used as a tool to address some of the ESG needs of the future. 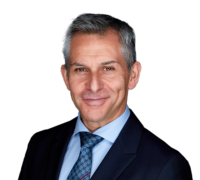 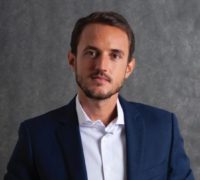 Fiorenzo Manganiello is a professor of blockchain technologies and Co-Founder of LIAN Group, a pan-European venture capital firm investing in disruptive technologies, and COWA, a leading renewable Bitcoin mining company. In 2016, he founded the investment banking team of a Swiss private bank, and has led several teams dedicated to ultra-high-net-worth clients. He is fluent in six languages and his distinguished academic background includes attendances at IMD, London School of Economics, and Luiss Business School.