Elon Musk’s reign at the social media giant has got off to a chaotic start, but he’s no fool and could yet take the company on an unconventional path to prosperity. Here’s how he could lead the transformation.

Can Elon Musk put Twitter on track to profitability and secure a return on his $44bn outlay on buying the business last October? The CEO of Tesla, SpaceX, the Boring Company, and Neuralink (and sometime world’s richest man) has a daunting job on his hands. Twitter may be one of the world’s leading social networking apps, with close to 400 million users globally, but it faces serious operational and financial challenges, having posted a net loss in six of the eight years since its IPO.

At first glance, Musk has only made matters worse. In a chaotic start to his reign, nearly all the senior executives, including CEO Parag Agrawal and CFO Ned Segal, have left, along with two-thirds of the workforce who were shown the door by the new management to cut costs. The relaunch of the company’s subscription service was a shambles, and Musk has already courted controversy several times on topics including free speech, reinstating users banned on ethical grounds, and banning others ostensibly because they were critical of him.

For all that, Musk is no fool. Under his leadership, Twitter might yet become a more agile beast, taking a less conventional path to growth and profitability. But Twitter is not Musk’s creation. This time he will need to transform, and that’s hard. We see four transformation paths along which he could take the organization.

Twitter has millions of active users around the world – data from 2019 (the last year in which the company published its monthly active user total, following several years of significant contractions of its customer base) suggests it has a five-fold gap with Facebook (now Meta). And Twitter is struggling to monetize its user base: in 2021, Meta generated sales of $118bn while Twitter could manage only $5bn.

If it is going to catch up, Twitter needs to be more innovative. In particular, despite running a business model focused on advertising (up to 90% of the business’s revenues come from ad sales), its targeting strategies leave a lot to be desired. For example, CNBC reported that a professor from Columbia Business School was repeatedly shown Twitter-promoted ads in his stream that would have been better directed at a 13-year-old girl.

If Twitter wants to remain a pure-play microblogging service, it must improve its algorithms so that ads reach the intended user audience more accurately and efficiently. Twitter has a highly engaged community of users that, with proper differentiation, could become a valuable source of highly targeted advertising. This is all the more important given the company’s low margins – and low levels of user connectivity. People use Twitter for sharing information or ideas with a wider audience, rather than connecting with friends and families.

Twitter is an information-driven platform: many regard it as the platform where news breaks and spreads rapidly, and Twitter users like to think of themselves as being in the know. The real-time nature of the platform also make it a highly efficient medium for commercial customer service and support; indeed, some 80% of social media customer-service requests now come via Twitter. It is also very popular among journalists, with 69% identifying it as a top source of information.

This is impressive but may be of relatively low interest to advertisers. People tend to use Twitter for a quick hit of news or gossip; once they have got what they need, they move on. The average user spent 10 minutes a day on Twitter in 2021; by comparison, people typically spend nearly 40 minutes a day on Facebook and 20 minutes on Weibo (a similar service for Chinese customers). And, naturally, less time browsing through content means fewer opportunities for advertising to catch the user’s eye.

While social media companies may be anxious about any change of focus from advertising, by diversifying its format Twitter could encourage users to stay on the app for longer

Could Twitter become predominantly an entertainment channel? Users turn to Weibo and TikTok (the short-form video-sharing platform) for funny and diverting content as an alternative to news- and communication-driven channels. This offers brands opportunities to engage users when they are in a more relaxed and receptive mood. Moreover, this format would not mean that Twitter would need to dispense with its stock-in-trade of heated discussion and polemic: in some cases, exchanges on Weibo or TikTok arising from an incident or story have been so keenly followed that brands have integrated the trending words in their messages to earn additional exposure.

Strategic diversification could allow Twitter both to reduce risk and boost sales growth.

While social media companies may be anxious about any change of focus from advertising, by diversifying its format Twitter could encourage users to stay on the app for longer.

Weibo, for instance, has employed video functions such as Miaopai, which provides users with a range of music and filters to enhance the videos that they upload to their microblogs. It has also released new live-streaming features that allow multiple users to broadcast at the same time. These initiatives have driven remarkable growth in active user numbers.

As a result, Weibo is able to generate 12% of revenue from valued-added services, including VIP memberships, live streaming, and game-related services.

4. Go in search of the super app

What if Twitter enabled users to do more than just tweet, retweet, and comment? Imagine if you could also use it to hail a taxi or transfer funds. WeChat in China and Grab in South-east Asia are great examples of “super apps,” one-stop shops offering multiple services through a single interface.

It may be too early for Twitter to move in this direction; significantly, it currently lacks a payment solution, a core piece of super app infrastructure. However, this does not mean it can’t be considered as a potential transformation path for the future.

But can Twitter deliver on these strategic shifts? It will take a while. In his short tenure to date, Musk has concentrated on “stopping the bleeding” using a pretty conventional cost reduction approach. He recently described Twitter as a “plane that is headed towards the ground at high speed with the engines on fire and controls that don’t work.” Currently, Twitter burns through $3bn a year. But the hard part starts now.

Soon, the plane will have a new pilot. Following the negative result of an open vote of Twitter users about whether he should continue as CEO, Musk has promised to appoint a new leader when he has found the right person. Until he does, however, it is just another problem for the beleaguered entrepreneur to deal with.

If any one of the strategies outlined above is to be implemented successfully, Twitter needs a committed (and resilient) leader. The pool of candidates will be limited, and it will require Musk, as owner, to adopt a more supportive, non-punitive, and hands-off approach. He may find that difficult, but the success of his $44bn investment could depend on him making the effort. Professor of Strategy and Digital Transformation 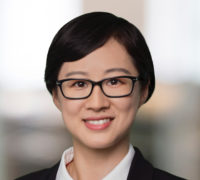 Research fellow at the Global Center for digital business transformation

Jialu Shan is a research fellow at the Global Center for digital business transformation at IMD Business School. Her research areas include digital business transformation, business model innovation and new practices, and corporate governance practices. She is particularly interested in the Asian market. Jialu has a PhD in economics (management) from the Faculty of Business and Economics at the University of Lausanne. Before joining IMD she worked as a lecturer at the International Hotel School of César Ritz Colleges in Brig, Switzerland. Breaking down the barriers to ecosystem collaboration

IMD Affiliate Professor of Innovation and Strategy Louise Muhdi examines the world of collaborative ecosystems and asks: When it comes to collaboration, does 1+1=3? ...