Financing the next generation of entrepreneurs

How we navigate an increasingly uncertain and complex future will depend on a new generation of entrepreneurs. The world will look to them to create breakthrough solutions to the hardest tasks facing society, from climate change to noncommunicable diseases and global inequalities.

Often, the struggle to access finance is singled out as one of the main factors inhibiting the development of small businesses around the globe. At the St Gallen Symposium, the university equivalent of Davos, the meeting of the World Economic Forum, I led a cross-generational dialogue took place on how to finance the next generation of entrepreneurs.

An esteemed panel of investors and entrepreneurs struck an upbeat tone. Patrick Zhong, founding managing partner at M31 Capital, a private equity firm, pointed out that today’s founders face an uncertain economic outlook, but he saw the opportunities as being as immense as the macro challenges.

The investor said the next generation of entrepreneurs have a golden opportunity to devise solutions to thorny human and social challenges and ride the wave of recovery, underscoring the importance of focusing on the bigger picture rather than a narrow aspect of what is a much larger set of interconnected problems.

“It’s been difficult because there’s a rising cost of capital and a conflict right in the heart of Europe and widespread inflation,” he said. But he reminded his audience that they have a larger benefit than at any point in recent history:

There are big opportunities. You could catch the upswing of the cycle, so this is a big advantage.

One core subject of discussion was the relationship between founder and investor. The panelists underscored the expanding notion of investors; it’s not just about bringing money to the table, it’s bringing expertise and guidance to the next generation of business leaders.

Chiara Sheldon, co-founder and chief operating officer of ReWorth, a fintech startup, said: “You need a mix of different investors with different benefits, some who have money, some who bring market expansion, and so on. What’s important is that you as an entrepreneur interview your investors and understand how you benefit.”

But it’s a two-way relationship: in order to raise funding, entrepreneurs need to add value, too. “One of my investors told me they only invest in companies they can learn from,” Sheldon said.

Competition for funding is becoming more intense. She said COVID presented opportunities for people to find solutions to societal problems; and indeed the rates of new business creation have boomed in the past two years across many of the world’s most advanced economies, particularly in the US, UK, France, Australia and Japan. But she added more needed to be done to support female founders and hoped that gender would one day no longer be a factor in startup success.

The higher startup rates reflect new opportunities and the flood of capital pouring into the sector: investors ploughed a record $330 billion into private companies in the US last year, nearly double 2020 levels, as they gained confidence from a wave of successful public listings.

But Europe has been slower to develop and hang on to its unicorns. Makram Azar, founder and CEO of Full Circle Capital, a private investment group, highlighted a “brain drain” of entrepreneurs out of the continent to the US, where it is easier to access capital.

He said that Spacs (special purpose acquisition companies, which are publicly listed firms that acquire or merge with companies as an alternative to an IPO) could help reverse the trend. He co-sponsors a Spac called Golden Falcon Acquisition Corp, which gives private companies access to the public markets. He saw several advantages to listing via a Spac, including a faster time to a public listing and greater certainty over the price.

But he urged younger entrepreneurs not to focus solely on maximizing financial returns. “Along the way, it will not be all about money; I think it will also be about doing good for the planet. We see the risk of not doing that – the previous generations actually didn’t serve us well in terms of the legacy they left in terms of pollution and climate change. The younger generation has a duty to think of the planet and how you can do things that have a positive impact.”

The panel also dispelled some of the opulence surrounding business ownership. Zhong said: “A lot of people think being an entrepreneur is glamorous; it’s actually a lonely journey, as you’re going to be the last one to deal with the responsibility for bringing this idea together. It’s going to demand a lot of stamina.”

He added that in order to be successful, founders need to be pioneers; there is a dearth of breakthrough solutions that address the most important social problems and think of systematic solutions.

99% of entrepreneurs will fail because they don’t own the idea, they are trying to copy someone else’s idea and have a short cut with only a marginal improvement on what other people do. Venture capital is only prepared to back the bravest and boldest idea with the largest impact.

And he said founders should not discount the importance of leveraging technology to further their entrepreneurial ambitions. From artificial intelligence to advanced computing, virtual and augmented reality, today’s technology solutions have the potential to transform lives and communities.

But technology should be a means to an end and not the goal itself. The core challenge for entrepreneurs is still to address a real problem facing society. 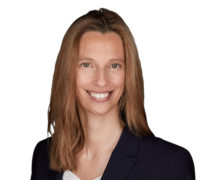