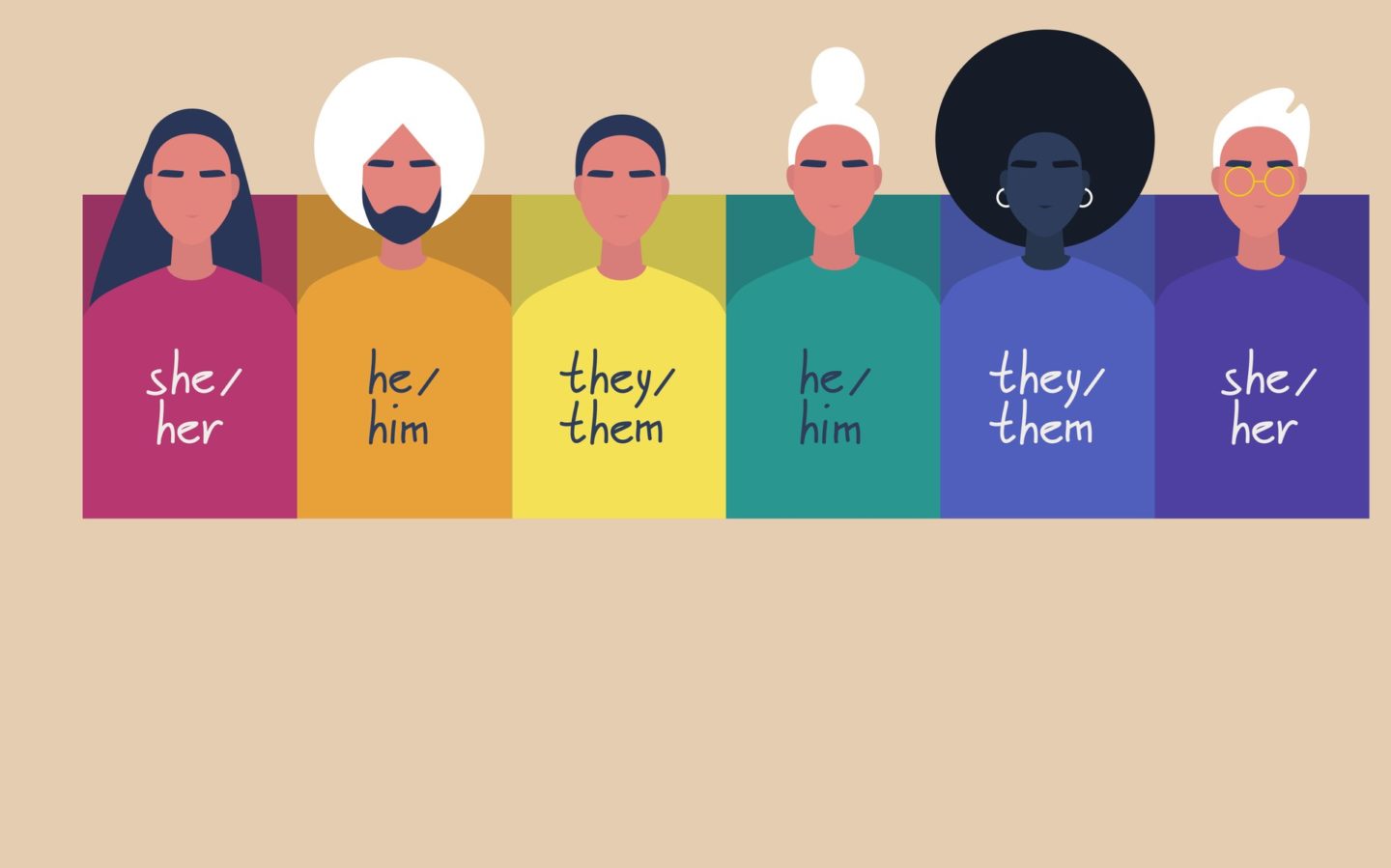 Do you understand how the simple act of making your pronouns public can create a more inclusive workplace?

As June is pride month, you have probably seen many of your colleagues change their email signatures and LinkedIn profiles to indicate what pronouns they use. Some people are still confused why people do this. Why would women put “she/her,” and men put “he/his,” particularly when they are actually presenting as female or male?  It seems that it should be ‘obvious’ how they should be addressed.

… wouldn’t it make sense only for people whose own gender identity does not match sex at birth, or widely accepted notions of how women or men represent themselves to use these pronouns? Everyone else could simply go as they have gone before.

There are many answers to this question, all of which cut to the core of the entire “pronoun movement.” Let me just outline one of them. Not many of us face complexities or are aware of discrimination faced by people who do not identify with their sex at birth or with how they present. This makes it hard for anyone in that category to start the conversation on the topic for the fear of being misunderstood, ostracized, or outright discriminated against.

Yet, if everyone at the office has their pronouns listed visibly, it signals that they are aware of the distinction between sex at birth, how people present and their gender identities, they want to normalize it, and they want anyone who works for or with your organization to be open and respected. This way all of us are creating inclusion and helping those who might not feel comfortable discussing their gender identity feel more comfortable now.

This is great, but do I really have to do this?

Each of us will make our own individual decision on what to do now. But allow me to contextualize this decision a bit. My own friends who are transgender, non-binary, or genderqueer, face a number of difficult issues, such as difficulty accessing legal documents that match their gender identity, limited and very expensive health and mental care, daily micro-aggressions and outright violence. The burden of constantly explaining one’s gender identity is also part of this list.

As we seek to build increasingly just societies, we want to raise awareness of these very complex issues and then solve them. A good place to start is to display your pronouns to indicate your own awareness of the problems at hand. With time, this will start a conversation with others who might not be familiar with the distinction and help them understand it, too. From there, we can move to solving these problems, which will then help all of us lead more fulfilling lives. Professor of Digital Strategy, Analytics and Innovation and the Dean of IMD Asia and Oceania

Mikołaj Jan Piskorski, who often goes by the name Misiek, is a Professor of Digital Strategy, Analytics and Innovation and the Dean of IMD Asia and Oceania. Professor Piskorski is an expert on digital strategy, platform strategy, and the process of digital business transformation. He is Program Director of the Digital Strategy Course. Leaders have to make adjustments when crises hit. Are you prepared to make the necessary shifts when new challenges arise?...