By measuring employment at startups across different recessionary scenarios, researchers have been able to predict the potential economic impact of future pandemics

Startups in Europe and the US have taken a big hit over the last two years due to the economic impact of the COVID-19 pandemic, which researchers at UNSW Business School are only now beginning to understand fully.

The extent to which this has happened is a tricky question, mainly because the global data for this period is simply unavailable and detailed firm-level information typically comes out with a lag of several years. For example, the US Census Bureau only recently published data reaching March 2020.

UNSW Business School’s Professor of Economics Petr Sedláček said, “The pandemic had an unequal impact on firms. For example, some US sectors reported lower expected exit rates in 2020 than historical values. And while the extent and timing of the pandemic differed across countries, the general situation in Australia is likely to be quite similar to that in other developed economies.”

But the question of exactly how startups were affected in the pandemic remains extremely important. To answer this question, researchers like Sedláček have been looking into new ways of measuring business exits. In their recent study, Startups and employment following the COVID-19 pandemic: a calculator, Sedláček and his co-authors provide ways to measure economies’ employability during recessionary-type scenarios as they’re experiencing them.

The data that is slowly coming out now shows that firm exits were elevated in 2020, especially among small businesses and industries most sensitive to social distancing. For instance, estimates in the US suggest that the permanent departure of restaurant businesses was about 50% higher in 2020 relative to historical values. But the precise data still needs to be made available. “Given that data lags prevent us from directly analyzing the impact of the pandemic in real-time, we wondered whether we could at least come up with meaningful estimates of how the pandemic was affecting the economy,” said Sedláček. “Therefore, our focus was mainly on jobs (employment) in the entire economy.”

Calculating the impact of COVID-19 on employment

Sedláček and his team of researchers created the “startup calculator”, a tool that computed the employment impact of different recessionary scenarios. Essentially, the calculator’s primary purpose is to estimate (aggregate) employment outcomes under different recessionary scenarios. Having made one with US data first, the European Exchange Commission asked the researchers to do the same thing but with data from European countries.

“There, we found interesting differences among economies in how their business dynamism exposes them to the persistent effects of recessions,” Sedláček said. “But broadly speaking, the patterns are relatively similar.”

Users can adjust the recessionary scenario and, using the historical patterns, the tool computes what such recessionary effects would do to aggregate employment on impact and in the years to come. “Therefore, the calculator is a forecasting tool enabling policymakers (or any other users) to gauge the severity of a particular pandemic-induced recession,” he explained.

Taking the US as an example, if you specify that the number of startups drops by 20%, growth potential slows by 10%, and survival rates increase by 3%, the calculator shows what happens to aggregate employment. In this case, employment drops by about 1.5% on impact, but more importantly, it doesn’t quite recover – even 10 years after this one-time shock.

Researchers can also specify how long the imaginary recession will last and whether a strong bounce-back will follow the recession. For any combination of these effects, the calculator predicts aggregate employment. Importantly, this prediction is data driven, based on the historically observed patterns of business dynamism in the given country.

According to the study’s findings, even relatively short-lived disruptions (as the researchers had hoped the pandemic would be when they first began creating the calculator in the first half of 2020) have the potential to have long-lasting effects. For example, explained Sedláček, in their baseline scenario for the US economy in which the pandemic lasts for “just” one year, there was a significant negative impact on employment lasting to 2030, i.e., a decade after the (simulated) recession ended.

And the reason why these effects persist for so long is because of the unique role that startups and young firms play in the economy. Even though startups are relatively small (they account for “only” about 3% of employment in the US), they are disproportionately crucial for job creation, he said.

Moreover, as (successful) startups age and grow larger, they become an increasingly important part of the macroeconomy. “Therefore, a lost generation of startups (which may have happened during the pandemic) sends negative ripples through the macro economy for as long as it takes for new generations of startups to replace the lost potential.”

Interestingly, in a previous study, Sedláček found that, on average, firms born in recessions not only start out smaller (perhaps what one might expect since times are tough in downturns) but – more importantly – they stay smaller for many years. This is true even when the economy as a whole recovers from its recession. Put differently, he said, firms that start in booms, on average, grow more compared to firms that start in recessions.

“These ‘cohort effects’ are powerful because they create a persistent drag on the economy, a kind of ‘recession scar’,” he said. “In other words, downturns are harmful not only because they are tough at the time, they hit but also because they give rise to a cohort of business startups that create fewer jobs in the future.”

Who can use the startup calculator?

Anyone can use the calculator, which has been made publicly available for European countries and the US economy, and it’s fairly straightforward to use. First, specify values for the recessionary impact on startup activity. There are three margins to toggle with: the number of startups, the growth potential of young firms and their exit rates.

While the calculator has been created using US and EU data, the calculator could be adapted to the Australian economy. Sedláček explained, “Australia has excellent firm-level data, which is the backbone of the calculator. And understanding how severe a recession could be is important for policy. For instance, Australia spent something like $120 billion during the COVID-19 pandemic to support businesses (JobKeeper and Boosting cashflow for employers). Was this enough, or too much? Knowing how many jobs may be lost would enable a more nuanced cost-benefit analysis.”

This article is republished with permission from UNSW BusinessThink, the knowledge platform of University of New South Wales Business School. You may access the original article here. 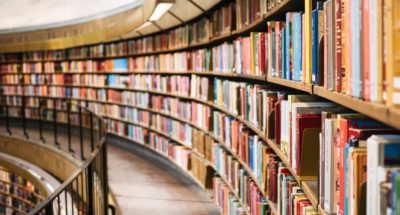