Three ways to assess your portfolio’s exposure to autocratic regimes

Over the past decade a global decline in democracy has increased investor exposure to autocratic regimes. Here’s how to weigh up the direct and indirect risks to your portfolio across index funds, active funds and hedge funds.

Russia’s invasion of Ukraine and the subsequent crash in its stock market and currency have exposed the risks private individuals face when investing in autocratic regimes. The ensuing economic sanctions imposed by many countries, including moves to block some Russian banks from the SWIFT international payment system and to restrict Russia’s use of its massive foreign currency reserves, revealed broader systemic risks associated with investing in assets affiliated with such regimes.

With democracy having lost ground over the past decade, the geopolitical risk for investors is mounting. According to the 2022 survey of the Bertelsmann Transformation Index, 70  out of 137 countries were classified as autocracies, compared with just 67 democracies.

What does this mean for private investors and how can they ensure they are properly mitigating against geopolitical risk?

We recommend that high net-worth individuals, family offices, and their financial intermediaries regularly assess their portfolios’ possible exposure to such systemic geopolitical risks, and make deliberate decisions to accept or mitigate by following this three-step guide:

1. Develop a classification system or dashboard for countries

An autocracy is a system of government in which absolute power of a state is concentrated in the hands of one person. Among the features of autocratic regimes are a lack of public and political data transparency; weak governance structures, judicial systems and shareholder rights; controlled elections and extensive corruption; human rights violations; and the concentration of personal wealth in the hands of a few.

To try to gauge where a country stands on the autocratic scale, we suggest developing a classification system to rank its type of government.  The World Economic Forum’s Global Competitiveness Index, IMD’s World Competitiveness Rankings, Transparency International’s Global Corruption Index, Cato Institute’s Human Freedom Index, and the Heritage Foundation Economic Freedom Index are all reliable sources that use a variety of metrics , such as judicial effectiveness, government integrity and financial freedom, to identify countries as autocracies.

As mentioned above, 70 countries in the Bertelsmann Transformation Index are considered autocracies: six of these are in Latin America, 46 in Africa and the Middle East, seven in post-Soviet Eurasia, and 11 in Asia. A worrisome 2021 Freedom House report reveals that anti-democratic practices have spread across Central Europe and Central Asia, with 18 out of 29 countries suffering declines in their democracy scores. In particular, Russia, Azerbaijan, Belarus, Tajikistan, Turkmenistan and Uzbekistan have the lowest profiles.

Investors would also benefit from consulting services such as BlackRock’s Geopolitical Risk dashboard that scores specific geopolitical risks, including what it calls the “Russia-NATO conflict”. 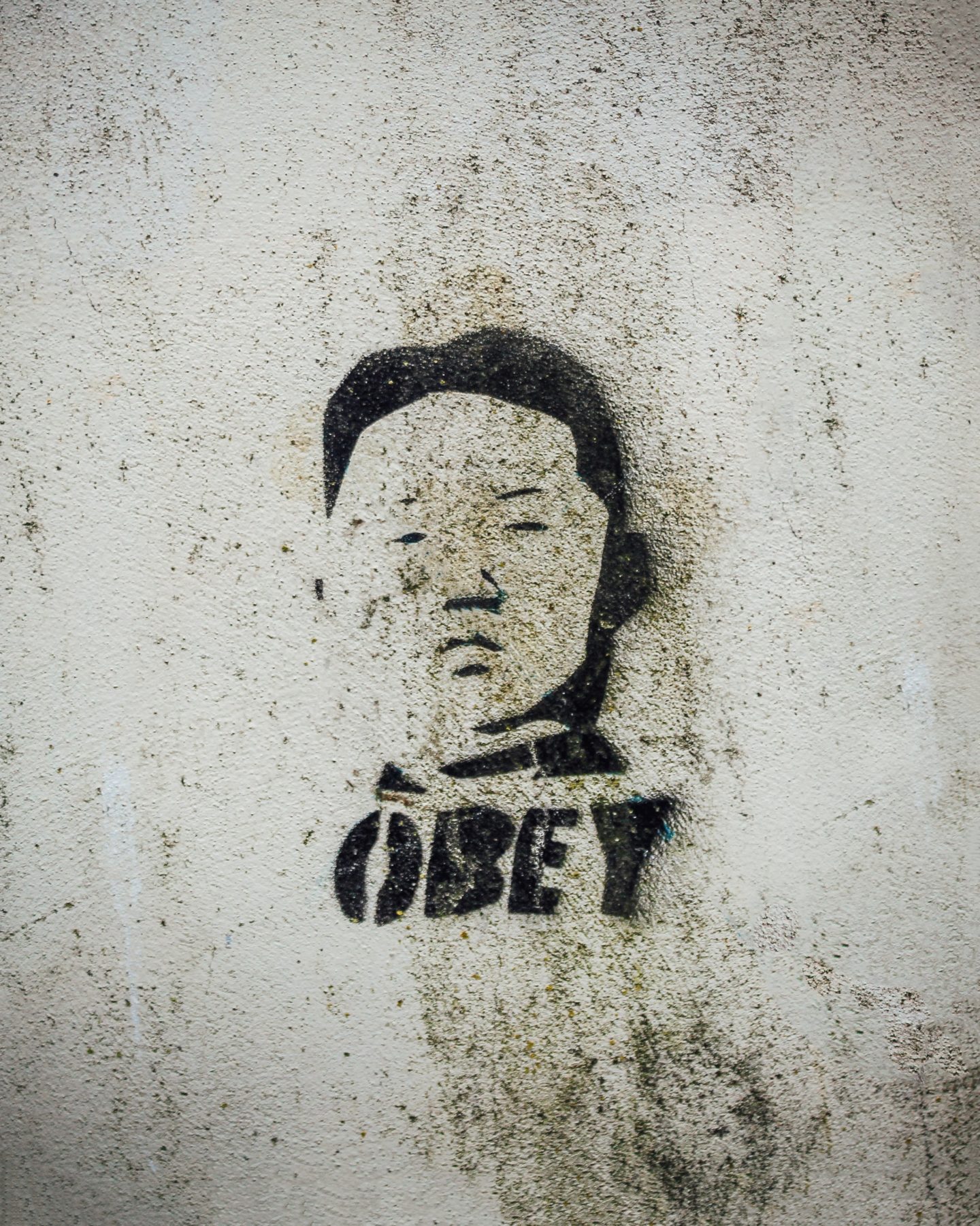 “According to the 2022 survey of the Bertelsmann Transformation Index, 70 out of 137 countries were classified as autocracies, compared with just 67 democracies”

2. Understand your exposure to autocratic regimes

Once you have developed a classification system, it can be used to understand your exposure to anti-democratic countries and identify and weigh the potential risks. (While this article  focuses only on equity exposure, the same assessments could be made regarding fixed income, currency, and commodity exposures.)

Like all investors, high net-worth individuals and family offices often get their public equity allocation via passive and/or active strategies, both of which could have exposure to autocracies.

Consider that some passively managed indexes include many autocracies: before it invaded Ukraine, Russia’s weight in the MSCI Emerging Market Index was about 4% (MSCI has since dropped Russia from the Index); Saudi Arabia held a 2.6% weight; and China is expected to reach a 50% weighting in the Index in the near future with MSCI’s inclusion of China A-shares.

Investors could also be exposed to autocratic regimes through their actively managed equity portfolios.

For example, according to the International Financing Review (IFR), before Russia invaded  Ukraine, many Western emerging markets managers and strategists were bullish about Russia and the ruble, despite warnings from policymakers that war was very likely.  Active managers, unlike their passive counterparts, are generally free to quickly change their portfolio holdings and construction when presented with new data and many did exactly this in February. The average Russian exposure of actively managed emerging markets funds dropped dramatically from 3.19 percent in January to 0.8 percent in February when Russia invaded Ukraine, according to data that Morningstar pulled for Institutional Investor. The exposure declined further to a negligible 0.05 percent by March, with most funds reporting zero investments in Russia.

3. Establish whether you have indirect equity exposure to autocratic regimes

Investors should also be aware that both active and passive equity portfolios may also have indirect exposure to autocratic regimes like Russia through multi-national companies that have significant investments in those countries.  As the New York Times reports, “Some, like McDonald’s, PepsiCo and Shell, had built relationships with the country over decades and were faced with untangling complicated deals.” After the invasion of Ukraine, many of these companies reexamined these relationships, with some deciding to unwind their investments, close stores, and pause or cease sales in Russia.

For example, BP sold its almost 20% stake in Rosneft – a Russian state-controlled oil company –  resulting in a $25.5 billion write off, while Société Générale, France’s third largest bank, said it would sell its controlling stake in Rosbank, a Moscow-based lender, resulting in a hit of 3.1 billion euros ($3.3 billion).

Additionally, many high net-worth individuals and family offices allocate to hedge funds, and while these funds might not have direct or even indirect exposure to Russian assets, they may have Russian investors as limited partners. Sanctions targeting specific Russian oligarchs are causing problems for hedge funds and their limited partners. Some governments have ordered that the assets of specific Russian oligarchs be frozen. This raises numerous legal questions for managers that have accepted funds from those investors. Ron Geffner, a partner at Sadis & Goldberg, told Institutional Investor that the lack of guidance from authorities is causing hedge funds to struggle with how to manage oligarchs’ current investments while avoiding possible future liabilities for the fund. There is a concern that decisions made regarding this issue may go against sanction rules: for example, the fund may be either advertently or inadvertently engaging in a transaction involving oligarchs’ shares, which is currently prohibited, and this may have serious implications later on.

And it is not just Russian oligarchs that hedge fund investors should consider; many other emerging market countries and their citizens are targeted as well. For example, the United States currently has over 80 sanction programs in place while the United Kingdom has over 790 individuals on its sanctions list. At a minimum, investors should ask hedge fund and private equity managers if and how they comply with anti-money laundering and “know your client” requirements.

When private investors consider opportunities in emerging markets, they and their intermediaries would benefit from understanding their exposure to and the potential impact of geopolitical events. Elisabetta Basilico, PhD, CFA  is an independent consultant to institutional and private investors and co-author of book Smarter Investing: How Academic Insights Propel the Savvy Investor.