The EU is not a political union but an association that keeps Europe’s countries among the most economically competitive in the world. And it is with this mind that we should set about crafting its future.

Earlier this month, on the Day of Europe – 9 May – The European Parliament, the Council and the European Commission jointly launched the Conference for the Future of Europe. The year-long experiment has been designed to give a voice to citizens about the type of European Union they want for themselves and for future generations.

The call comes at the right time. The EU has gone through several crises since its creation, with the sovereign crisis of 2008-9 and Brexit being the biggest. During the COVID-19 pandemic, the EU has shown its best and worst.

On the one hand, the members agreed on the Next Generation EU fund, a joint 750–billion-euro effort to help its citizens come out of the crisis through digital transformation, sustainability and job creation. But at the same time, the inability of the EU to supply enough vaccines to its citizens has been flagged as a disadvantage of the inefficient centralization of its decision-making.

The European Union in particular, and Europe generally, is a pillar of world prosperity and likely to remain so for the coming decades. In the 2020 IMD World Competitiveness Ranking, seven out of the 15 top economies were European, and five of them are members of the EU.

In terms of economic dominance, the EU rivals the US and China with its high GDP, while prosperity levels in Europe (measured by GDP per capita) almost triple those in China (EU-26 Real GDP per capita was 27,970 euros in 2020, versus 8,350 euros in China  Europe is the largest exporter in the world, the third-most populated area, and a strong magnet for talent and foreign investment.

The introduction of the euro in 2000 led to a significant decrease in firms within the euro area’s cost of capital, as my own research has shown. Such benefits of the common currency extend beyond the Euroland itself, and were especially strong for countries in the European Periphery such as Finland, Ireland, Spain, Greece and Italy.

Furthermore, corporate investments have increased since the introduction of the common currency, relative to other European, non-euro countries like Norway and Switzerland. The fundamental reason for that is that the EU has led to a significant reduction in currency risks for enterprises, and a new source of financing available for a now pan-European capital market. Corporate bond markets are no longer national; venture capital firms operate with a European, as opposed to national,  focus.

The Unites States of Europe? There’s no need for that

The EU should not try to be, as many would have it, the United States of Europe. Our different cultures, histories and languages make us one of the most diverse and interesting places to live on this planet. We do have a lingua franca (English), but European countries also include other very important languages (Spanish and French) that are spoken by millions across the world.

Social and geographical mobility has increased significantly since the Maastricht Treaty made the Union a reality in 1993, and educational programs such as Erasmus have increased the adaptability of European citizens to live in another country.

A research survey published by the Pew Center in 2014 showed that many Asian countries saw other Asian countries (particularly China and Japan) as their main enemies. In contrast, EU citizens tended to regard further-flung nations such as the US and Russia with more fear than they did their closer neighbors. Europe was the center of the last two world wars. But thanks to the EU, we now live in one of the most peaceful parts of the world.

We do not need political unity. The EU is the biggest experiment in the mutual wellbeing of nations ever performed. Countries that had fought against each other in the not-so-distant past decided to put their differences to one side in order to make their economies stronger. As such, Europe has become a natural economic area of great color.

We have exporting (Germany) and importing (Spain) countries; economies with originally strong currencies (Netherlands) and weak currencies (Italy); largely manufacturing economies (Germany) and services economies (Portugal). Over the last 30 years together both rich and poor countries in the EU have improved their prosperity and competitiveness. They have done so without the need for borders or, broadly speaking, different currencies.

We do not need political unity. The EU is the biggest experiment in the mutual wellbeing of nations ever performed.

Draw on the EU’s strengths: its institutions and its sustainability-savvy companies

If we were to push political union, what would it entail? At the very least fiscal harmonization, a common budget, and political leadership that would be able to balance all the interests in the different countries and regions. As it stands, we have a community of national governments, with efficient coordinating institutions that preserve the common good.

These institutions range from political parties, NGOs and local entities to Eurovision (an inclusive institution that creates cohesion through competition) and the justice system. Our rule of law has been about since the Middle Ages, while our health and education systems guarantee the provision of talent and quality of life. European media, with its diversity and freedom of expression, guarantees that all voices are heard and that minority rights are respected.

Rather than pushing rigid political union, we take these precious institutions and bring them closer to the people, align them better with national governments, and encourage them to work on having more flexible representation; one that reflects the population of each of the member countries?

Sustainability will be a key differentiator in our future. Europe is leagues ahead of the US and China in the promotion of green industries and technologies, the reduction of carbon emissions and the implementation of the Sustainable Development Goals.

As it stands today, four out of the five largest companies in the renewable energy sector are European. European regulation, as well as changing European customers’ attitude towards sustainability, explain such dominance.

The EU’s Green Deal is the culmination of our efforts to transform Europe into a zero-emissions area by 2050. As pioneers in this race, European companies will be attractive to consumers worldwide. The deal will attract capital and give EU companies a license to operate; it will create jobs in a context in which technology is eating up opportunities for individuals to find jobs easily.

Mentions of the term “Next Generation EU” (the pan-European recovery plan) abounded in the media during 2020 and into 2021. However, among the top 15 media outlets reporting on the plan, only one (Dow Jones) is not from the EU.

Let us not pay too much attention to officials from countries more interested in undermining the position of the EU in the world economy than in promoting one of the most successful adventures in European history. After all, the EU’s worst enemies have always been outside of the Union, not inside.

Between 1 January 2008 and 31 December 2020, there have been 3,968 mentions of the phrase “euro break-up” in published media. Among them, 25% correspond to either the Wall Street Journal or Dow Jones newswires, while 35% can be attributed to UK media including the Financial Times and The Times. Among the top-15 sources with mentions of these words, only two (Börsen-Zeitung and Il Sole) are from the EU.

The EU has suffered its worst crises already, with calls for its members to leave (Netherlands, Italy, Austria and Finland) or to be kicked out (Greece, Italy, Portugal and Spain). It has also survived the UK abandoning a union to which it was arguably never loyal.

It has overcome crises through unity. Back in 2010-11, having a joint currency enabled bailouts for Greece, Ireland and Portugal. This is the kind of safety in numbers we must seek to preserve.

Just last week in Spain, an onslaught of immigrants tried to enter the country from Morocco. A similar crisis took place in the EU border with Turkey with the entry of Syrian refugees. Nowadays, the EU has common external borders, monitored and controlled by Frontex, a pan-European institution. Migratory crises would have been terrible without internal cohesion. Coordinated responses to immigration have reduced the pervasive attitude of some African governments by facilitating the exodus of immigrants and refugees from south to north.

And why is Europe such a honeypot to immigrants? It is the land of the future for millions of citizens who are enjoying inclusive institutions, excellent education and health systems, and world-class infrastructure. The euro is today the common currency of more than 340 million people. And the Europe of the future will be even better.

What Europe would you like to see? Use the Comments section below. 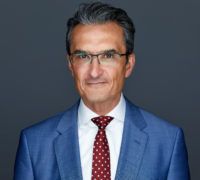 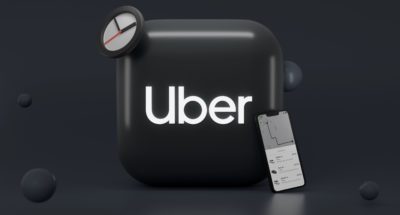