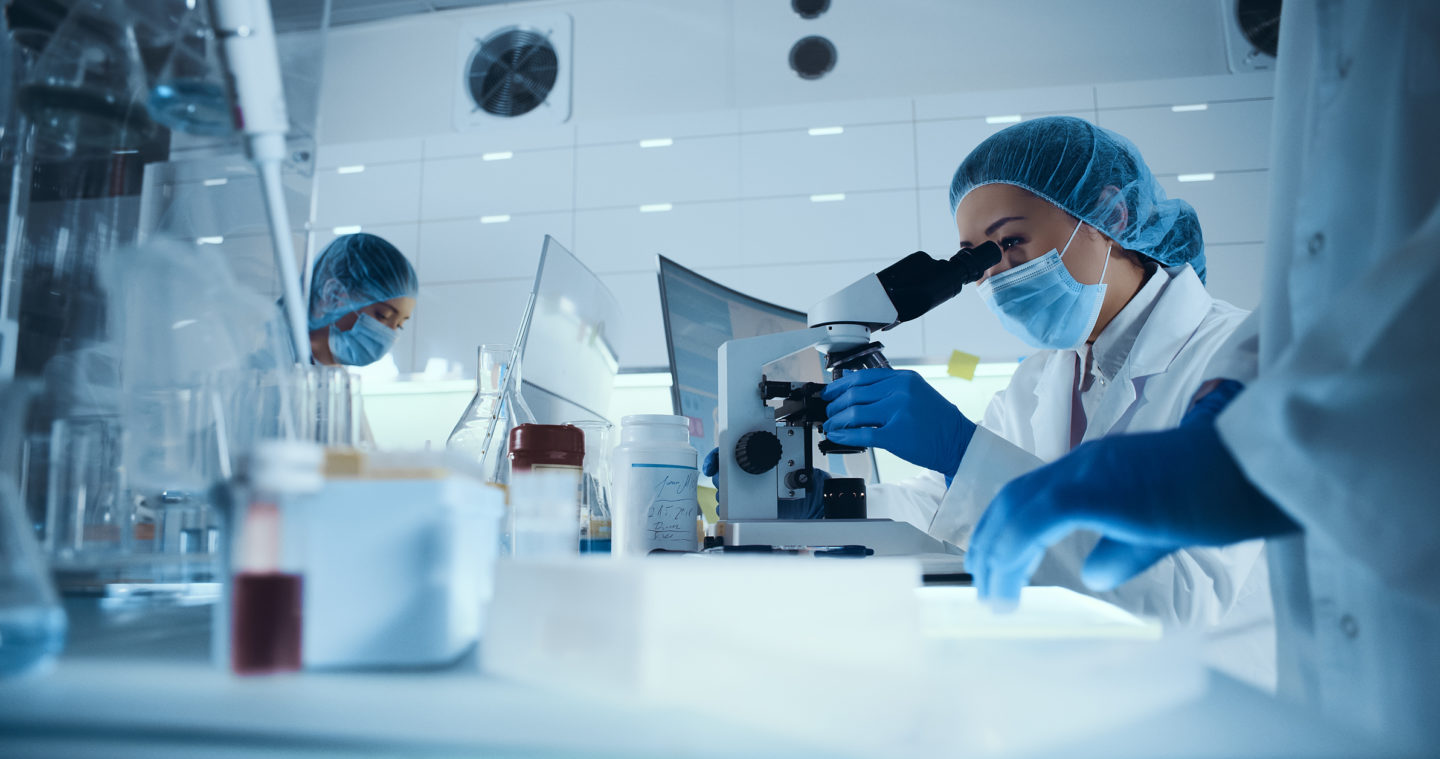 Balancing cutting-edge science, business and teamwork: the necessary ingredients for success in the biotech startup world

CEO Tim Knotnerus is laser-focused on developing potentially life-changing drugs and relies on a passion for improving people’s lives to navigate the ups and downs.

Tim Knotnerus has been able to see the healthcare industry from a perspective that most rarely can. As a venture capitalist focused on the biotech sector, he has been exposed to novel technologies and teams that could improve or save the lives of millions of people.

But in his current role as CEO of AgomAb Therapeutics, a biotech company focusing on growth factor biology, he sees how teamwork, dedication and a bit of luck dictate the success of the research and development of new drugs. Unlike other sectors, the stakes are extremely high; AgomAb is focused on drugs that modulate growth factors, which – if successful – could prove to be a breakthrough for different types of organ failures.

“Spending my working life on the goal of improving the lives of patients means everything,” he says. The healthcare sector is known for ploughing enormous sums into interventions that often fail to even reach clinical trials. “In drug development you are dependent on the biology, which brings a lot of uncertainty and day-to-day challenges. You really are a full-time problem solver”. As a result, our work means dealing with disappointment on a regular basis, and yet the enormous upside in the potential for transformative change keeps the team motivated and perseverant.

In drug development you are dependent on the biology, which brings a lot of uncertainty and day-to-day challenges. You really are a full-time problem solver

Despite the complex drug development process, the chances of success can be significantly increased by doing the right things early in the company’s journey. “For example, at AgomAb we are planning for success, which means that we have recruited an amazing team of professionals that will also cover the next stages of development and raised about $100 million from some of the world’s most renowned life science investors to fund future research and development and create corporate optionality.”

As a venture capitalist, Knotnerus started off at Aescap Venture, where he was part of a team investing in 12 medical companies across Europe. He then decided that he didn’t just want to invest, but to take an active role in the drug development process itself.

So he jumped ship to see life on the other side of the biotech sector, becoming Vice President of Corporate Development at AM-Pharma, a Dutch biotech company focused on developing an innovative medicine for patients with acute kidney injury. The time spent at AM-Pharma was pivotal in exposing him to the challenges of working in a management team tasked with drug development and balancing the interests of various stakeholders.

At AM-Pharma, he and the team amongst other things negotiated a partnership deal with Pfizer that gave the latter a $600m option to acquire the Dutch biotech firm. Following that deal, he was able to throw himself into the rigors of the IMD EMBA course, from which the 2017 valedictorian says he emerged a more authentic and confident leader, ready to take on a CEO role.

That opportunity came with AgomAb in February 2019. He would describe himself as a facilitating CEO and stresses that company success is overwhelmingly reliant on a team of skilled and dedicated professionals. “They are the superstars that will lead the emergence of breakthrough science. I am just the leader of the pack that aims to create an environment in which the others can thrive. By only hiring professionals who are ten times better at what they do than me, they should be the ones to tell me what to do, not the other way around. My role is to set out the strategy and then facilitate, challenge and keep everything on course.”

He also touts agility as a key operational requirement within a field that must balance innovative research with commercial imperatives and an overarching goal of treating patients in need. Company culture is key in the pioneering work the AgomAb team is doing. This is a team drawn from all corners of Europe – headquartered in Belgium, with senior management from Italy, France, Germany, Belgium, the Netherlands and the UK. There is neither room for egos nor for a blame culture. Instead, different viewpoints are encouraged and once made, there is collective responsibility for those decisions whatever the outcome.

Next to his work at AgomAb and being a dad of three young kids, Knotnerus has started to mentor other entrepreneurs and came back to IMD to teach the MBA and EMBA cohorts. “Helping others is hugely rewarding for me, so why not make the effort to share my experience and help others in their respective journeys.”

By only hiring professionals who are ten times better at what they do than me, they should be the ones to tell me what to do, not the other way around. My role is to set out the strategy and then facilitate, challenge and keep everything on course.”

All commercial enterprises within healthcare have to balance these considerations, but AgomAb feels the pressure more than most. Its research focuses on pioneering therapies that modulate regenerative pathways in order to repair tissue and facilitate functional organ recovery. The company already has a pipeline of monoclonal antibodies aimed at facilitating this goal, with more to come in future. Should it be successful, it could open the floodgates for regenerative medicine, giving hope to millions that suffer from all kinds of inflammatory and chronic diseases for which there is currently no cure.

For biotech firms, meanwhile, Knotnerus says the pandemic presented an unexpected upside. Vaccine development helped changed the perception of biotech, showcasing the incredible work that could be done within a short timescale. It also resulted in markets favoring biotech stocks and generalist investors increasingly turning their attention to the sector, becoming more willing to raise funds for what is often perceived as a risky investment.

“The outside perception of biotech changed, with people becoming more aware of the significant science that is ongoing and the importance of investing,” he says; a fact that should help AgomAb expand drug development and find new acquisition opportunities with early stage biotech companies.

Whatever happens, the prospect of a normal job doesn’t appeal to him. As someone with an ambition to make the impossible possible, it is reassuring to know that some of the most promising and technologically advanced prospects in healthcare are in the hands of someone who isn’t afraid of a challenge. Tim Knotnerus is the CEO of AgomAb Therapeutics, a privately held biopharmaceutical firm based in Belgium that develops growth factor-mimetic agonistic monoclonal antibodies for tissue regeneration. Tim was VP Corporate Development at AM-Pharma before joining AgomAb, where he and his team completed a phase IIb trial in patients with sepsis-associated acute kidney injury, inked a $600 million option-to-acquisition contract with Pfizer, and generated a $133 million private financing round. Tim worked as a senior associate at Aescap Venture, a venture capital firm that invests in European medical firms, from 2008 until 2012. Tim is a Henri Termeer Fellow and has an executive MBA from IMD, where he was elected Valedictor.